Researchers led by French Laboratoire des Sciences du Climat et de l'Environnement (LSCE) reported that methane concentrations in the air began to surge around 2007 and grew precipitously in 2014 and 2015.

In that two-year period methane concentrations shot up by 10 or more parts per billion (ppb) annually, compared with an average annual increase of only 0.5 ppb during the early 2000s, according to the study released by the Global Carbon Project, which groups climate researchers.

Marielle Saunois, lead author of the study and assistant professor at Université de Versailles Saint Quentin, said that the increase in methane emissions could threaten efforts to limit global warming.

"We should do more about methane emissions. If we want to stay below a 2 degrees (Celsius) temperature increase, we should not follow this track and need to make a rapid turnaround," she said in a statement.

Methane is much less prevalent in the atmosphere than carbon dioxide (CO2) -- the main man-made greenhouse gas -- but is more potent because it traps 28 times more heat. The report did not say to what extent methane contributes to global warming.

CO2 emissions are expected to remain flat for the third year in a row in 2016, thanks to falls in China, the Global Carbon Project said last month.

Saunois said that while the reasons behind the methane surge are not well understood, the most likely sources are cattle ranching and rice farming. Cows expel large quantities of methane and the flooded soils of rice paddies are homes for microbes that produce the gas.

She cited data from the United Nations' Food and Agriculture Organization indicating that livestock operations worldwide expanded from producing 1.3 billion head of cattle in 1994 to nearly 1.5 billion in 2014, with a similar increase in rice cultivation in many Asian countries.

Robert Jackson, a co-author of the paper and Professor in Earth System Science at Stanford University, said that methane can come from many different sources, including natural sources such as marshes and other wetlands, but about 60 percent comes from human activities, notably agriculture.

A smaller portion of the human contribution, about a third, comes from fossil fuel exploration, where methane can leak from oil and gas wells during drilling.

"When it comes to methane, there has been a lot of focus on the fossil fuel industry, but we need to look just as hard, if not harder, at agriculture," Jackson said. 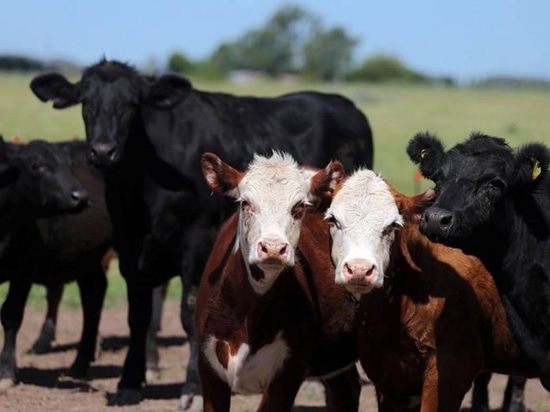