Coffee growing is a serious business—more than eight million tons produced each year, with the exporting alone worth over $20 billion—but rising global temperatures have coffee producers worried that their crop soon won't be able to handle the heat.

An eight-year study out of Brazil may have come up with an answer. About 90% of coffee is currently grown in a monocropping system, meaning it’s the only crop grown in a given area. But intercropping—staggering coffee with other crops—could have some pretty amazing benefits. The coffee plant is a bush, fairly low to the ground on most farms, so interspersing a taller plant or tree could provide some shade to help ease the coffee through hotter days. When done smartly, intercropping can recharge the soil and even fight off pests by working in tandem.

The new study landed on one tree that seems to answer all those questions and then some: the noble macadamia, and a specific Hawaiian variety seems to fit the bill perfectly. It’s smaller canopy, compared to other macadamia varietals, provides just the right amount of shade to help the coffee through the heat of the day, but not enough to possibly impede its growth.

Perhaps the best part is that the macadamia tree isn’t just used for shade: macadamia nuts are frequently listed as the world’s most expensive nut, with retail prices often around $15 per pound. The researchers in this study estimate that intercropping coffee with this particular macadamia tree could make coffee in a 178% as profitable than coffee alone. 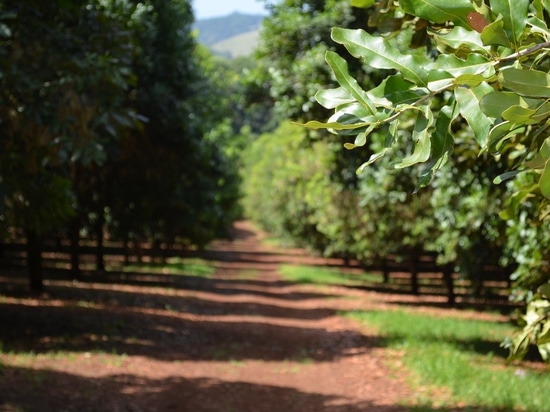