Organisers of tractor runs and rallies here in Ireland will often have a theme to an event, which usually marks a significant anniversary or aims to raise funds for a deserving cause. There is, however, an annual rally in France which has taken both these objectives and built an event that is unique in Europe, and perhaps globally, which celebrates the legacy and development of the combine harvester.

If you were to take a map of France and place a pin right where you think the centre of the country lies then that is roughly where the rally is held, at the Museum of Agricultural Machinery and Rural Life, by the tiny village of Saint-Loup-des-Bois, in the Bourgogne region.

Although billed as having a general approach to the history of farming in France, the main focus, and the original reason for it being established, is the harvesting and threshing of cereal crops.

The Bourgogne region of France has a long history of growing cereals and this is reflected in the displays which take the visitor through the various methods of cutting the stalks and then separating the grain from the crop, from time immemorial to the present day.

These two tasks are now combined in one machine and it is the combine harvester which takes centre stage at its annual event, held on August 15, every year.

Known as Retromoisson, which translates to old, or vintage, harvest, the date is chosen because it is traditionally regarded as the last day of summer in France, and from there on in, nature prepares for the winter ahead.

The museum itself has a fine collection of combines and on the day these are added to by collectors bringing their own examples, along with general tractor enthusiasts with a wide selection of machines that worked throughout France and beyond.

It is a day that is somewhat different to other vintage rallies and is well worth a visit if there is time to break away from the home harvest.

One of the great impressions left by the collection of machines at Saint Loup is the scale and variety of machinery manufacture that occurred on the continent during agriculture’s great mechanical revolution during the last century.

Here, in Ireland, we are generally unaware of what was going on abroad, being dominated as we were, and still are, by the big Anglo-American companies.

Occasionally, some of the tractor brands trickled into Ireland – Porsche, Lanz and Renault being three examples – but they never really hit the big time as they did in the rest of Europe.

Over there, Ford, Massey Ferguson and John Deere had plenty of competition in the shape of home-grown marques which included such names as Vendeurve, Babiole, M.A.N and Steyr, and then of course, there was the multitude of Italian makes.

It was the same situation with combines, although the number of manufacturers was not so great.

Braud, Merlin and Someca from France are makes that are no longer with us. In fact, no French manufacturer survived, yet over in Germany the names Claas, Fahr and Fendt still adorn modern combines.

Laverda, from Italy, was eventually swallowed up by Fiatagri in 1981.

Each year around 80 combine harvesters turn up at the event plus well over 200 tractors, stationary engines and motor ploughs.

In addition to the static displays there are two parades, one for the combines and one for the tractors, and even though August 15, will usually fall on a weekday, there is always a good turnout of exhibitors and visitors.

Saint Loup-Des-Bois is a comfortable day’s drive from Cherbourg and the museum itself has expanded to include insights into French rural life as well as machinery, ensuring there is something of intertest for all the family. 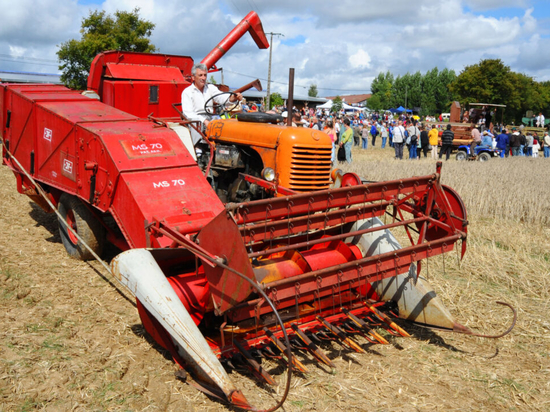 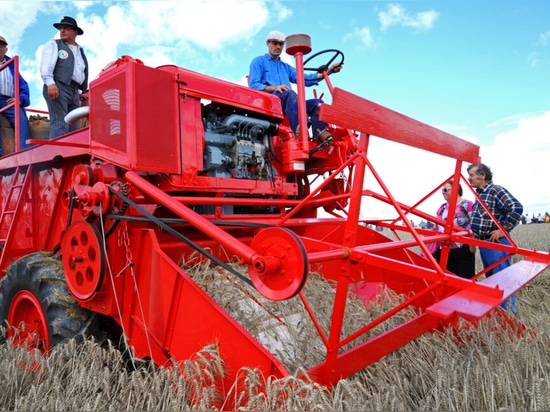 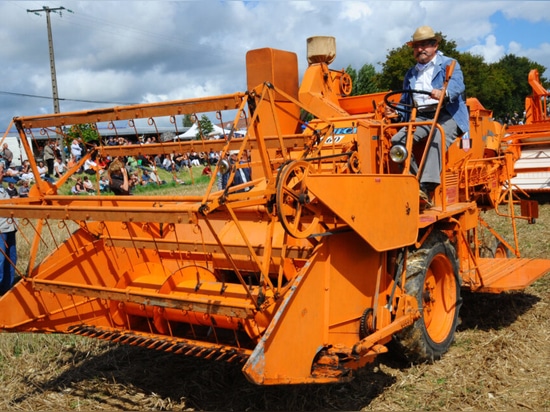 Like their tractor counterparts Someca combines were also Italian, being built by Laverda 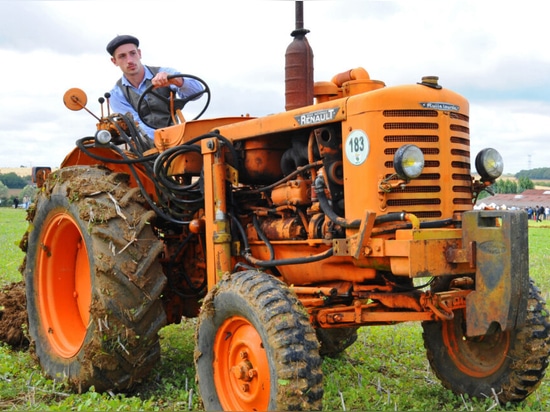 The traditional French combination of a Renault and a beret 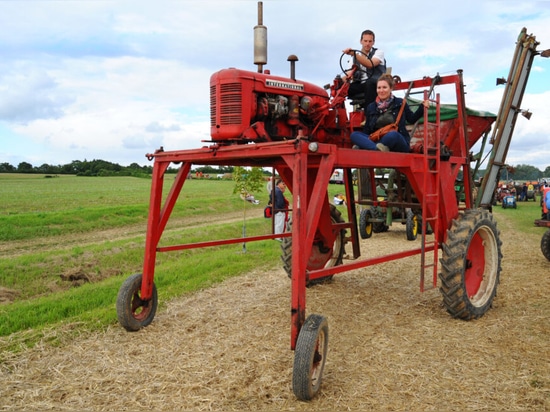