The client, a leading global premium, fine wine and craft spirits producer and largest beer importer in the US, ordered six Founder Series MK-V tractors from Monarch and received the tractors in early December.

The delivery of MK-V tractors to Constellation Brands will be followed by additional customer shipments to family farms and other large multinational corporations.

“Our team has worked tirelessly and relentlessly with a mission to make farming more profitable and sustainable. We’re proud to see our commitment to technological innovation and sustainable solutions culminate in celebrating our first tractor off the production line, which, I might add, is powered by renewable energy.”

President of Constellation Brands’ Wine & Spirits division, Robert Hanson, said the company is pleased to partner with Monarch Tractor as its first customer.

“As we build a leading global premium, fine wine and craft spirits portfolio, comprised of some of the world’s top vineyards including To Kalon (whose organic certification is expected in early 2023), we are focused on protecting and amplifying our resources while producing the highest quality wines and spirits in the world,” he said.

“Being the first to leverage the Founder Series MK V affords us an industry-first opportunity to do so, and we congratulate Monarch on this exciting launch.”

Monarch claims its MK-V is the world’s first fully electric tractor that also has autonomous features allowing the tractor to drive itself where applicable, but it also has a cab and operator seat and controls for when drivers prefer to take things into their own hands.

Some of the key features of the MK-V include:

The MK-V is 100 per cent electric therefore emits no harmful emissions that conventional tractors do. In addition to operating as a tractor, it can also be used as an electric generator in the field for using power tools such as drills, for example.

The Monarch electric drivetrain is capable of providing 40hp of continuous power and short duration peak power up to 75hp.

Monarch utilises the latest autonomous and robotics hardware and software technology, including the NVIDIA Jetson edge AI platform, to provide driver-assist and driver-optional operations. The Monarch MK-V can perform pre-programmed tasks without a driver, or an operator can use the Monarch interactive automation features including Shadow mode to have the Monarch Tractor follow a worker on the job.

The MK-V is packed with safety features including rollover and collision prevention, vision-based Power Take Off (PTO) safety, and 360° cameras to keep operations running smoothly and employees safe.

The MK-V is not just a machine used to pull implements and transport things around the farm, it is capable of collecting and analysing crop data daily and can process data from current and next-generation implements equipped with sensors and imaging.

This data can be used for real-time implement adjustments, long-term yield estimates, current growth stages and other plant/crop health metrics.

Since launching to the public in 2020, Monarch Tractor has undergone several customer trials such as at Wente Vineyards in California. It has also grabbed the attention of the public not just in the ag field but in the tech arena, being named as a CES 2022 Innovation Award Honoree, was included in the 2022 CNBC Disruptor 50 list, and won the “Overall AgTech Solution of the Year” award in the 2021 AgTech Breakthrough Awards.

The tractor also has a new and improved look compared to initial designs, sporting a sleeker and more “electrified” new exterior.

In 2021, Monarch Tractor raised more than $110M in funding including a $61M Series B round in 2021. Additionally, Monarch Tractor, of the NVIDIA Inception startup program, has secured several strategic partnerships globally with organisations such as CNH Industrial and V.S.T. Tillers Tractors, and recently signed a contract manufacturing agreement with Hon Hai Technology Group (“Foxconn”,) the world’s largest electronic manufacturer, to build the MK-V and its battery packs at the Foxconn Ohio facility.

Manufacturing operations are expected to begin at the Foxconn Mahoning Valley, Ohio facility in 2023, while tractor research and development will continue in California. 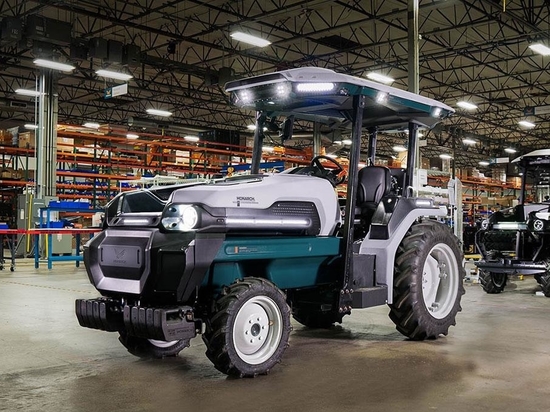 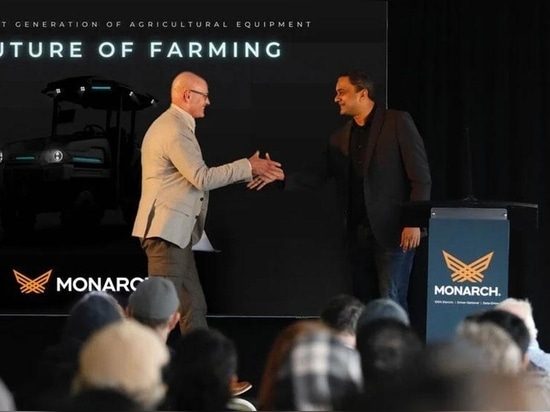