Getting solid muck distrbuted evenly across ground in conditions which may not be conducive to preserving soil structure is an operation which Joskin has added a little refinement to with its latest Tornado spreader.

The latest revamp to the range has brought several improvements which bring further efficiencies and reduces the overall workload in operating the spreaders.

The major change made is a reduction in body width which allows for wider tyres to be used, thus reducing the ground pressure. The body also sits lower than before, increasing stability.

What is not mentioned by the company is how this will affect loading, as lumps of muck can spill over the sides of a wide body spreader when tipping from a bucket, as it is.

That aside, the narrow body, built from high tensile steel will also be stronger and it can therefore be made lighter, another important consideration for reducing compaction.

The sides are also tapered slightly towards the base and, at the rear, room is given for the load to expand as it approaches the beaters, loosening it up in the process.

The hydraulic pipes to the rear tailgate are located in a channel running along the top of the body sides, protecting them from damage and contact with the material.

The muck is also kept from lodging on top of the mudguards by 45° extensions that fill the gaps where it would normally rest, thus shedding it on to the ground rather than the road.

A self-steering rear axle on the twin-axle models is now standard, although it is a passive rather than forced unit.

The LED rear lights are also retractable, allowing them to move to an inner position to protect them, or out again during transport to meet legal requirements. 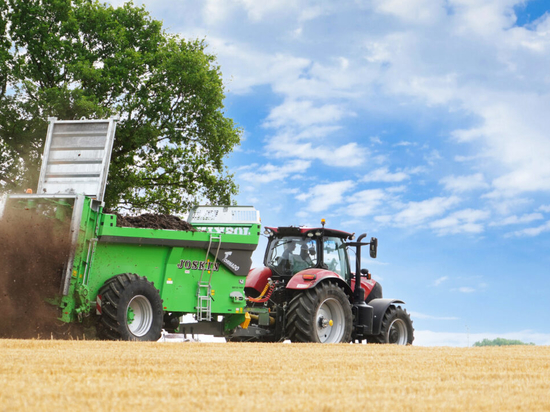 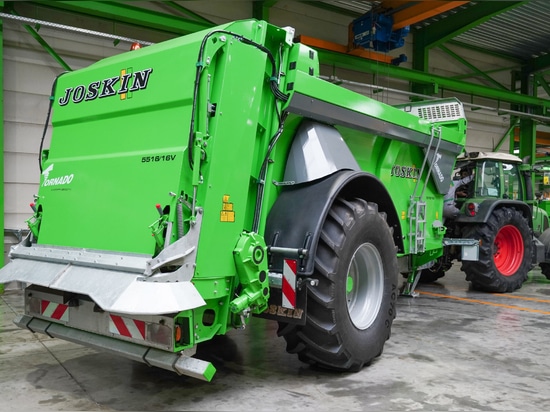 Wider tyres are possible on the new narrow body 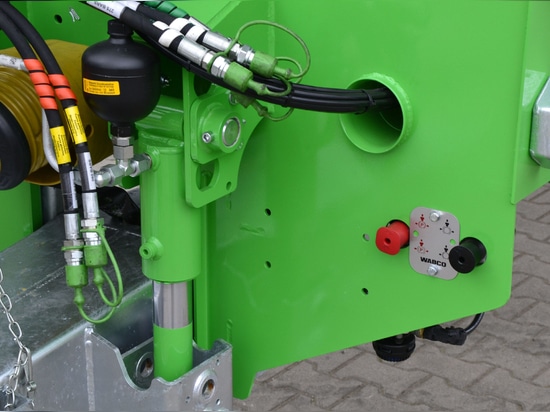 Drawbar suspension is by hydraulic ram and accumulator 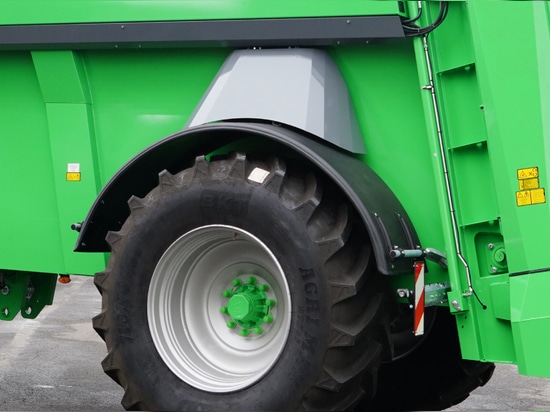 Shaped extensions prevent lodging on top of the mudguards 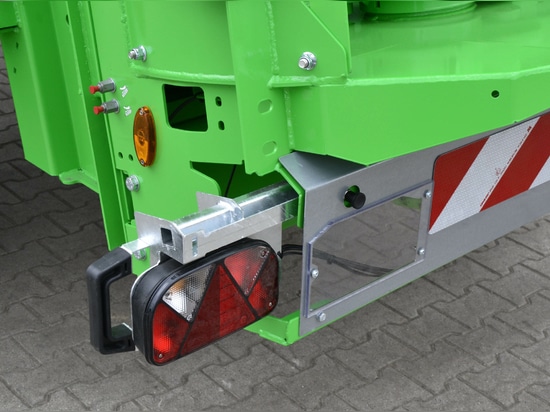 The lights can be moved inwards to protect them during spreading 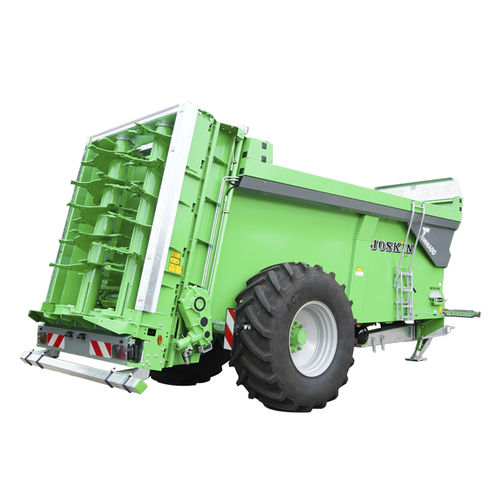