Armed with a row of levelling boards, four rows of tines and a toothed packer roller, APV’s GP600 M2 can regenerate pastures in most states of repair.

The new rig shares most of the same elements as its M1 predecessor, but the chassis has been redesigned with the transport wheels shifted to the rear and there is now tool-free aggression adjustment for the tines.

When put to work, the front set of levelling boards flatten the surface, ready for two rows of heavy 12mm tines to work up some tilth.

Seed is tricked behind these using spreader plates fed from one of the firm’s 500kg PS500M2 applicators. This has a hydraulic rather than electric fan, which has sufficient puff to blow seeds evenly across the machine’s 6m working width.

A larger version with 800kg capacity is also available for those who want to reduce filling time when covering large areas.

The second two rows of tines are lighter, raking the seeds in and teasing out dead grass to breathe new life into the sward. The final piece of the puzzle is a Guttler-style serrated packer roller, which buyers can swap for a Cambridge roller if they wish.

Grassland rejuvenation is its primary purpose, but it can be put to plenty of other uses, such as full reseeds on cultivated ground, stitching in clover and planting cover crops.

None of the Austrian-built machines have made it to the UK yet, but they will be available through Yorkshire dealer ST Gowan. List price is about €50,000 (£43,779). There is also a smaller 3m version and a simpler mounted overseeder that doesn’t have a packer at the rear. 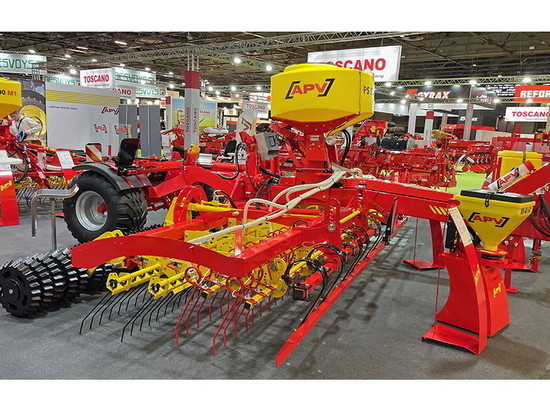 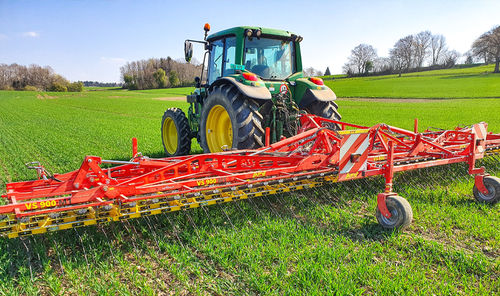