Tramspread has unveiled a lineup of new tanker applicators aimed at improving safety when spreading slurry.

Named the Suffolk Range, the new dribble bar applicators are similar to an umbilical system, but are mounted to the tanker using welded fixing points for the boom framework to connect to on telescopic arms.

This, the makers say, reduces the stress of large booms being mounted on traditional fixings that attach to the doors, which can often fail and damage the tanker.

Using the welded fixings instead allows for larger booms to be fitted to smaller tankers without the need for heavy modifications, which should in turn speed up application rates and make the boom more stable.

All of the models in the new Suffolk range feature hydraulic vertical folding, and are fitted with Vogelsang’s EQC macerators.

Working widths start at 6m, ranging through to 10.5m. 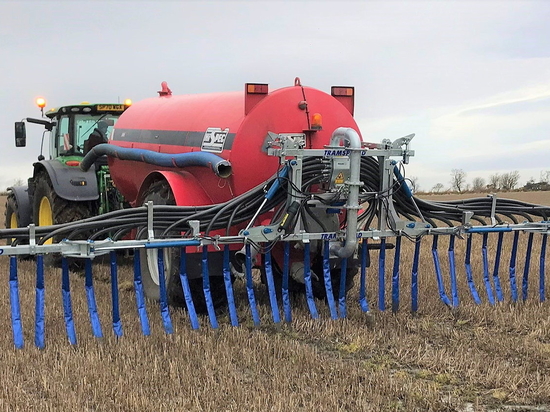