Lemken has just bought its own solution to the market via Steketee, its newly acquired subsidiary which specialises in implements for interrow cultivation.

The Steketee EC-Ridger is said to offer a novel solution to this problem. The implement, which is designed for a row width of 75cm, works in three stages as it passes down the rows.

The front hoeing discs cut weeds on the top and the sides of the ridge, spring tines then loosen the soil in between the ridges and then the ridging bodies return the ridge to the desired shape.

The implement is currently available in three variants.

The first is the EC-Ridger 5 which has lightweight basic elements for removing weeds from the tops and sides of ridges.

It can be front or rear-mounted and is suitable for use in light soils and with smaller crops which require little ridging.

The second model is the EC-Ridger 7 which is rear-mounted and features a TRS hoeing element which is well suited for working in difficult conditions.

A leaf guard can be added to prevent crops from becoming damaged or buried when the implement hoes along the sides and rebuilds the ridges.

The ridging bodies can be replaced by ridging discs for use in light soils. A subsoiler can be added for more challenging conditions.

At the top end of the range comes EC-Ridger 9 which is also rear mounted. It comprises a range of tool modules that can be used to adapt the machine to changing conditions and the various growth stages of the crops.

Complementary tools in the range include spring tines, ridging discs and ridging shares. The quick-change system makes replacing the individual elements easy according to the company. 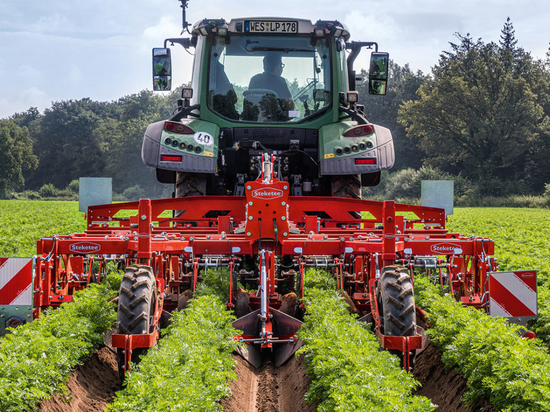 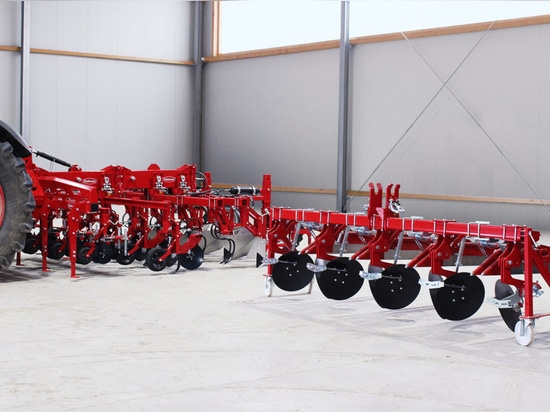