On September 7 and 8, 2022, the international trade fair PotatoEurope will take place in Bockerode near Hanover in Germany, with Grimme as a prominent exhibitor.

The company has chosen the event to launch a number of new machines and further developments of existing models, rather than wait until SIMA – the international exhibition of technologies and solutions for efficient and sustainable agriculture – just a couple of months later.

Leading the charge is the new Select 200 two-row elevator harvester. At the event it will be presented with its TurboSep separator, which is claimed to remove haulm more efficiently.

The machine has a road transport width of less than 3m and is equipped, among other things, with a stepless hydraulic drive for all main webs and a new, unique automatic axle steering system.

The Evo 280 two-row trailed bunker harvester with three separators will be at the event complete with its new 7.5t NonstopBunker, which replaces the original 6.5t version.

The new bunker allows for higher overloading height and width, as well as increased distances between the harvester and the transport trailers.

Turning to larger harvesters, Grimme will be demonstrating the third generation of the Varitron 470 four-row self-propelled harvester.

New machinery for the other end of the growing season includes a four-row cup planter, known as the Prious 440, which, again, has a road transport width of less than 3m.

This machine can be coupled to the tractor with a goose neck drawbar so that a wide range of different soil tillage implements can be combined with the planter.

One of these is the new “hybrid” ridge shaping device which combines the advantages of a shaping board with those of a cage roller.

A new store loader, the SL 919 which has a 90cm wide and 19.5m long conveyor belt will be shown, alongside the Quantum feeding conveyor, for larger swivel widths and constant low drop height. 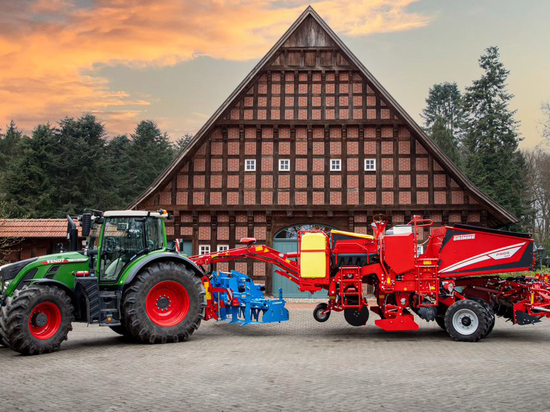 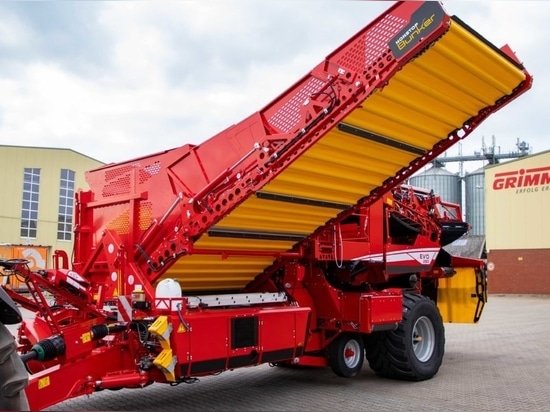 The new Evo non stop bunker harvester has a capacity of 7.5t 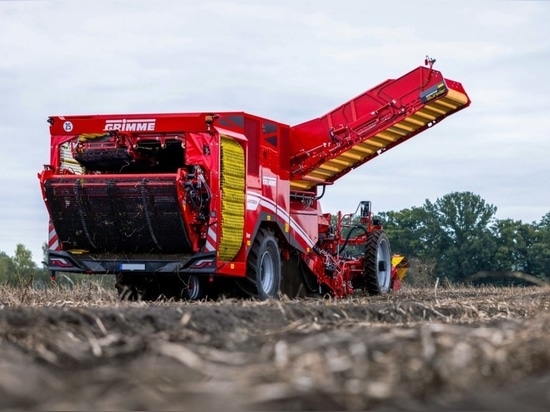 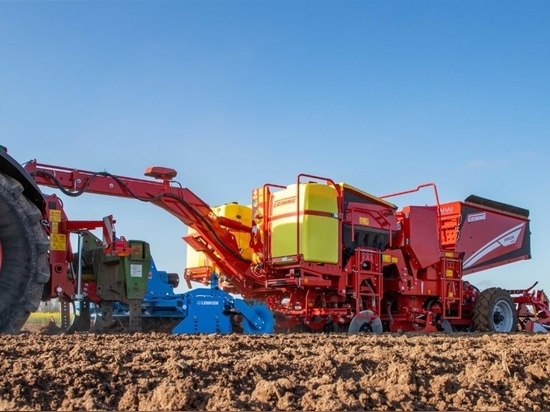