Tips on how to best use water resources in times of drought.

July is smart irrigation month and with much of the Western U.S. suffering the impacts of a megadrought, it's hard to imagine a better time to gain some understanding of how to deal with a dwindling water supply.

Answers for how best to deal with irrigation vary greatly depending on needs and desired outcomes, but professors from Texas Tech University's Davis College of Agricultural Sciences & Natural Resources believe using the right techniques and technologies can benefit everyone from the average homeowner looking to maintain a lawn to the farmer looking to maximize crop output.

“I think the first priority is deep and infrequent irrigation,” said Joey Young, an associate professor of turfgrass science in the Department of Plant and Soil Science. “So, trying to really wet the whole profile and then let it go until it starts to dry out. That helps develop a deeper root system.

“One of the problems homeowners can have here is that they try to be too consistent - they just put little spurts of water on all the time, then the root system on the plant is shallow. If the drought deepens and restrictions go to where you can't water but once a week or even less frequently, those plants have less chance at surviving than the plants that are watered deep and infrequently.”

Plant and Soil Science Department Chair Glen Ritchie agrees and believes the current water restrictions in the Lubbock area should be standard practice even when drought conditions aren't present.

“In the community I live in, we have restrictions related to our irrigation,” he said. “We water Sunday and Wednesday nights, and to me that should be the standard practice because watering once or twice a week is going to make healthier plants than trying to irrigate every day or every other day.”

According to both Young and Ritchie, one key aspect of smart irrigation is making sure the water is hitting its intended target and not being wasted as runoff onto streets and sidewalks. Young also says that using technology, like irrigation controllers, can be great, but using them correctly is even more important.

Rather than just setting the timers to irrigate, he believes it's important to manage irrigation systems to make sure the amount of water used matches the actual needs of the plants.

“I think one of the biggest challenges we have with irrigation controllers, it's kind of this set it and forget it mindset,” Young said. “That's probably the worst thing we can do because there's a fluctuation in how much water is needed. Then there's the added challenge of if we do get rainfall, the irrigation system still runs and that becomes pointless activity. Having the ability to make adjustments is key.”

Young believes investing in a rain-freeze sensor that connects to the irrigation system is one way to help mitigate the issues involved with irrigation, though he cautions that the sensors need monitoring in dry conditions to keep them viable.

“The sensors have a little piece of cork at the very top,” Young said. “Depending on the moisture, it trips the irrigation system to where it won't run. But with it being as dry as it is here, those things get real brittle and aren't always effective for a long period. So, there may need to be some level of consistency of updating and changing.”

Though less cost-effective, ground sensors that measure moisture and can be connected to an irrigation system offer an even more effective means of controlling water flow.

“It's not perfect because soils are variable across the landscape,” Young said. “But I think the more that we can use the technology to do scheduling and triggering, the better off we're going to be, and there is new research showing a good return on investment for both of those technologies.”

Understanding the basic controls for home irrigation systems can be a challenge, but Young points out that Texas A&M AgriLife Research Extension offers resources to help homeowners use their equipment more efficiently.

For farmers and those looking to keep crops viable the equation is different and, at times, more complicated.

“With crop irrigation, it gets a little bit more complicated,” Ritchie said. “Number one, some of this is going to be dependent on whether you have irrigation on your land and what quality or quantity of irrigation you have. If you're a dryland producer in 2022, the decision is easy. You essentially take insurance on it and then move forward.

“But there are times of the year, times in the growth patterns of your crops that are going to be most sensitive to water deficit. And I think it's important to keep that in mind. If you've got a cotton crop, for example, and you know it's going to be a dry year, don't try to push the water hard upfront. If the plants are getting plenty of water when they don't really need it, they're not going to put down a root system and as soon as you run out of water they completely fall apart.”

Ritchie points to the time just before crops start to flower or produce fruit as the ideal time in the growth cycle to use more water resources.

“This holds true for sorghum, corn, cotton or just about anything else that we grow in West Texas,” Ritchie said. “If you see corn tasseling, and if you've got water, you better make sure they've got water during that period, or you're going to lose just about everything. For cotton, as soon as you start seeing blooms on it, that's when you want to be putting as much water on it as you have available to you.”

While Ritchie is quick to point out that West Texas has always been among the most efficient areas regarding technology and water resources, he says poor timing in the use of those resources is a common mistake he sees.

The use of technology like low energy precision application (LEPA) systems and subsurface drips also helps maintain efficiency and improve yields from crops.

“If you're running a center pivot, putting LEPA systems on it is a great way to be efficient,” Ritchie said. “They allow you to put the water right down into the row; you're about 90% efficient with your water, so you're not losing a lot to evaporation.

“Subsurface drip is another popular technology. With that, you're more than 95% efficient. Both cost some money to invest in but you pay it back in terms of increased yields that you have with the amount of water used.” 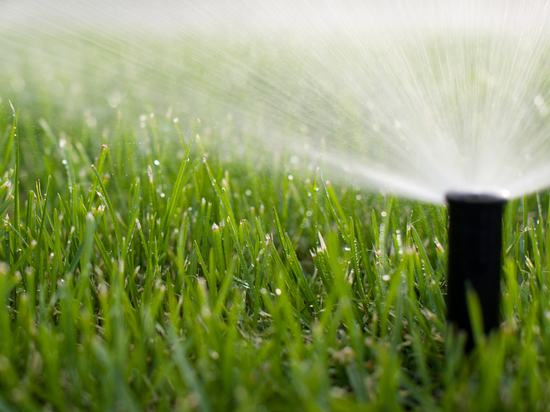 To get the most our of your irrigation, make sure the water is hitting its intended targets. 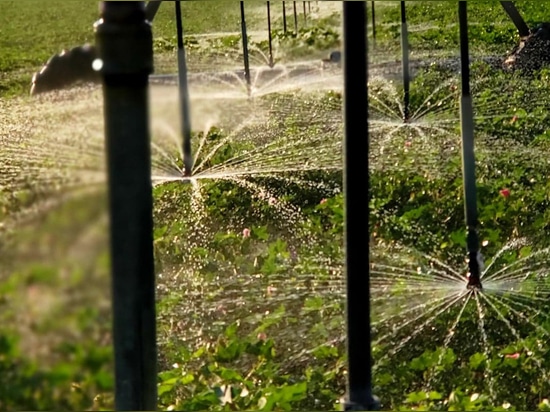 The use of technology like low energy precision application (LEPA) systems and subsurface drips also helps maintain efficiency and improve yields from crops. 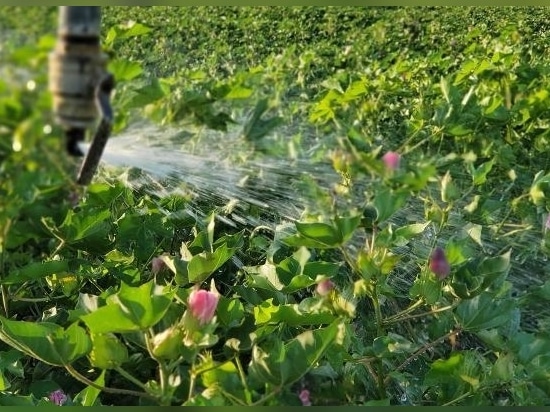