Goldacres has unveiled its revamped Prairie Pro Series 2 trailing sprayer, and has offered farmmachinerysales.com.au an exclusive first look at the model at its premise in Ballarat, Victoria.

According to Goldacres Sales and Marketing Operations Manager, Stephen Richards, the Prairie Pro Series 2 is worlds apart from the original Prairie Pro model released in 2015, and carries across a range of features from Goldacres’ G6 Crop Cruiser series 2 self-propelled sprayer.

“With farming practices changing in a direction that requires higher accuracy, less wastage and getting more done, a rethink of the range was required,” he says.

“The philosophy behind the new model was to create a trailing sprayer that shared the same filling and application technology from the recently released Crop Cruiser G6 Series 2.

“It’s easier to use, has electric controls for all functions with full diagnostics info if something goes wrong, and offers all the functions and smarts of the self-propelled sprayer in a trailer.”

The Prairie Pro Series 2 features a completely new chassis and adjustable height pull to adapt to different tractor drawbars. The pull is a much narrower design with the pump relocated to the right-hand side chassis and the larger rinse tank now moved to the chassis.

A new higher platform and boom rest design makes the machine appear tidier and cleaner while making access to the tank easier.

“There's also been big changes to the airbag suspension on the machines,” Richards says.

“The Prairie Pro Series 2 incorporates a remote air tank on the airbag suspension instead of the air tank being in the axle like it was in the previous design.”

“The 8500l is available with brakes as an option, while the 10,000l model comes standard with brakes.”

According to Goldacres, arguably the biggest advancement to the Prairie Pro Series 2 is the incorporation of Goldacres’ G-Hub sprayer control system which has been developed in-house.

The system comprises a full-colour 5-inch (12cm) screen and keypad at the fill station and an optional 12-inch (30cm) colour touch screen inside the tractor cabin, which allows all functions to be operated quickly and efficiently.

One of the key features of the G-Hub, Goldacres says, is its ability to shut off the pump and fill valves automatically once the tank fill volume, which is manually entered by the operator prior, is met.

“The system helps with quick diagnosis as well, so if there is a machine fault, the operator can find these faults pretty quickly via the screen,” Richards says.

All sprayer plumbing has also been revised to allow for higher fill and application rates, Goldacres says.

The sprayer is fitted with an ISOBUS controller and boom plumbing in either 10 or 16 sections with the Goldacres rapid fire nozzle switching and rapid flow boom recirculation as standard.

Another upgrade from the previous Prairie Pro, Goldacres added, is the Fast Fill function which allows all filling and emptying functions to be done quicker.

“There's an option for a pump fill rate of up to 1300 litres a minute, so it's just a lot quicker to get fluid into the tank,” Richards says.

“We've also got an additional chemical transfer pump with a pneumatic design that has proven itself to be very robust and strong and can pump really viscous liquid, so it's really quick and reliable.

“There's also different filling ports for clean and dirty water so operators don't have to worry about contamination and the whole rinsing process of the machine is a lot better.”

“We've seen tests of up to 150-litres a minute from the new induction hopper,” Richards says.

Another key upgrade to the Prairie Pro Series 2 is the boom, which is the fully riveted RivX boom available in sizes between 24m and 36m. A 48m tri-folding TriTech V series boom is also available.

“With the new boom, you don't get any heat affected stress areas as you do with aluminium welding so we found this boom to be three times stronger than the previous one,” Richards says.

“It also has some pretty cool features, like bi-fold built in, so you can actually spray with half the boom width.”

The fold system uses hydraulics and links but, unlike most other booms, the hydraulic fold cylinder is retracted when the boom is fully open.

In addition to the hydraulic folding, the mechanism includes a hydraulic breakaway system in the event of a collision with an object.

The booms also feature an auto fold function which is controlled through the G-Hub system.

The 48m TriTech V boom has a tri-folding design that can operate at 48m, 36m and 20m spray widths.

Goldacres says it has made several upgrades and revisions to the Tritech V boom hydraulics and construction to increase its strength and usability.

The first of Goldacres’ range to hit paddocks is the range-topping 10,000l version with a choice of the 36m RivX boom or the tri-folding 48m Tritech V series boom.

Production of the Prairie Pro Series 2 has commenced with new models scheduled to make an appearance at all upcoming field days.

“It fits the bill for a lot of Australian customers,” Richards says.

“It's got a lot of features that people have been asking for, so I think it would be a crowd pleaser.” 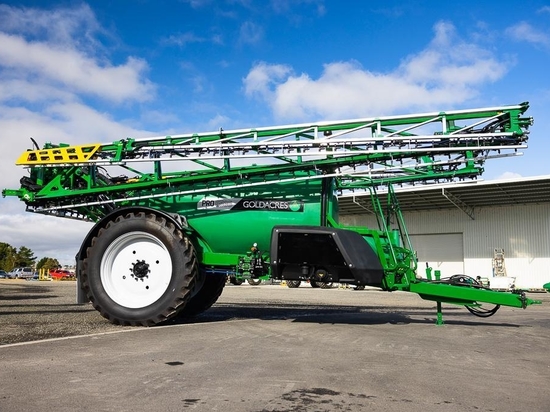 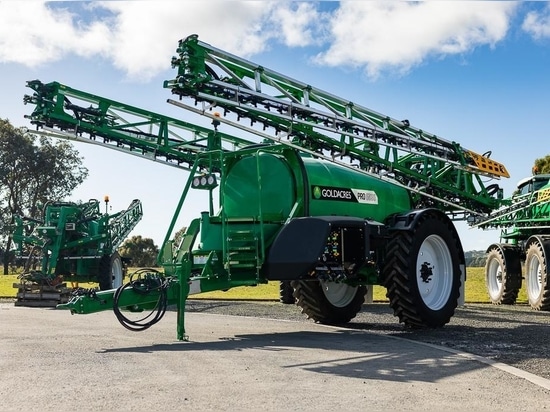 Production of the Goldacres Prairie Pro Series 2 sprayers has commenced 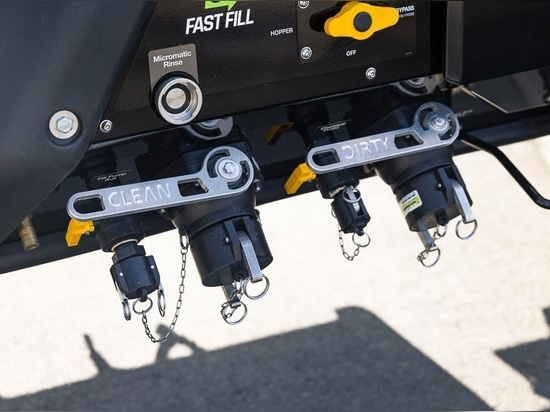 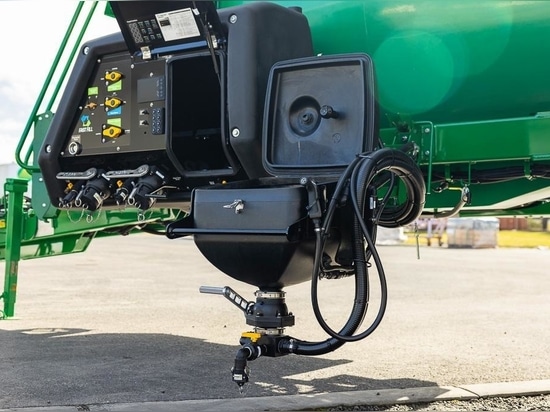 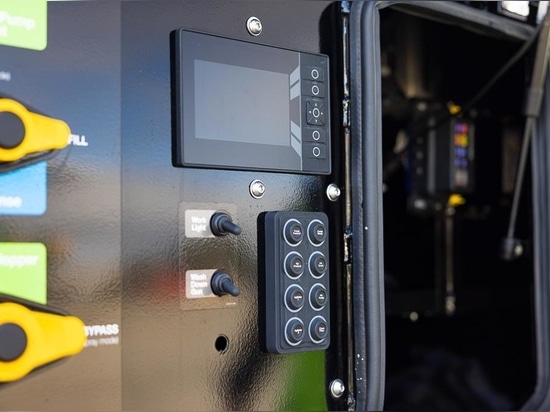