In this week’s Buildings Focus, AgriLand caught up with James Warde from Dunmore, Co. Galway, who has recently built a new cubicle shed.

James, who switched from beef to dairy farming in 2012, has steadily increased cow numbers over the last few years, which currently sees him milking 100 cows.

The existing cubicle shed, which was converted from a beef shed back in 2012, only had 75 cubicles, so new accommodation had to be constructed to house the extra cows, according to James.

Speaking to AgriLand, he said: “It had to come to the stage where I had to upgrade my facilities to accommodate the extra cows I was milking.

“If I didn’t I would have been under severe pressure. The new cubicle shed also allows me to increase numbers, slightly, again as well, which is nice to have the option of doing.”

The new cubicle shed was built onto the existing milking parlour. The parlour is sandwiched between the new and existing cubicle shed.

The new cubicle area is similar in design to the old one, except it doesn’t include calving pens at the back of it and it is built to grant-spec.

The new housing facility, which was designed and erected from start to finish by Damien Ryan Contracts, stretches five bays and is 14.1m wide and 27.6m long.

The slatted tank installed is 27.6m long and 4.1m wide. There are three agitation points, two at either end of the tank that is 2.4m deep and one located at the front of the feeding passageway.

There are two passageways inside the shed. The slatted floor passageway at the front of the shed gives the cows access to the feeding area and 16 cubicles.

The other passageway, at the back of the shed, which has a solid concrete surface, allows cows to access the remaining 34 cubicles.

There is an automatic scraper installed along this passageway which pushes the animal manure to the end of the passageway into the slatted tank.

The cubicles installed in the shed are 2.3m long and 1.14m wide. Cows can access the cubicles towards the back of the shed from either end.

There a number of features in this new build that makes it easy for James to manage his cows, especially when it comes to milking time.

For example, there is a gate that leads from the new shed into the collecting yard that leads into the milking parlour.

Furthermore, when the cows are finished milking there is a small access door that allows the cows to exit the parlour and come back into the cubicle shed.

The gate leading into the collecting yard can be closed behind the cows to ensure that they don’t get mixed with the cows that have gone through the parlour already.

There are mats installed in each of the 50 cubicles to aid with cow comfort. To ensure that the passageway between the row of cubicles is kept clean, James installed an automatic scraper.

Instead of putting up a precast concrete wall at either end of the shed, the decision was made to put feeding barriers at one end, as well as along the length of the shed, which allows James to feed his cattle from two sides of the shed.

A roof overhang was incorporated over both feeding passageways, to prevent rain getting into the shed and to keep the silage dry.

According to James, there are no issues when it comes to ventilation. The fact fresh air can come through the cubicle house from two sides of the shed makes it a healthy environment for cattle to be housed in.

To further aid with airflow, the decision was taken to install spaced sheeting on the roof of the shed.

Despite the fact that there are no roof lights incorporated into the build it is still quite a bright shed, which is down to the fact that light is coming through two sides of the shed, as opposed to one.

A sliding door was installed in the shed, at the end of the passageway between the two rows of cubicles.

A precast wall was also installed at the side of the shed, where the cows can be fed. The idea behind this was to prevent any draughts or wind coming through the shed, as it is quite open from that side of the build.

James said that the longest part of the whole process was getting the approval to begin construction. Work began on the site in May 2019 and the new cubicle shed was completed four months later at the end of September.

The project was carried out with the aid of the Targeted Agricultural Modernisation Scheme (TAMS).

Commenting on the new build, James said: “I wouldn’t have been able to manage without the new shed to be honest.

“If you want to increase cow numbers you have to have the facilities to facilitate that increase; you can’t have one and not the other.

I was lucky that I applied for the grant when I did. Looking at the backlog of TAMS applications this year, I’m not sure if I would have got one or not now.

“Like I said the application process was the most time-consuming part of the build. The actual physical construction took no length to do and it was finished in no time.” 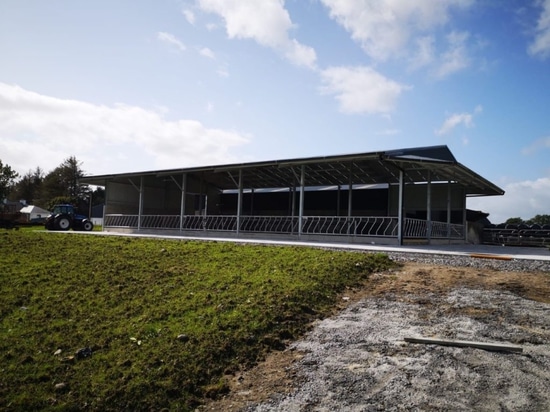 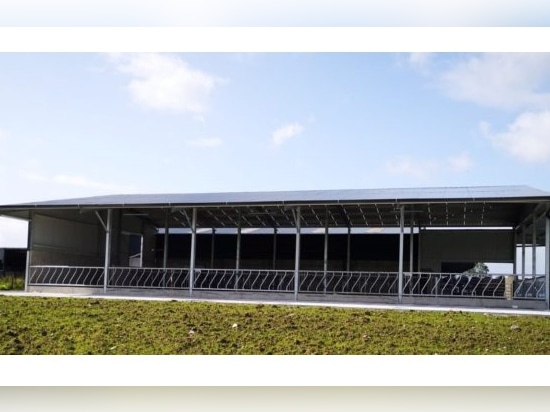 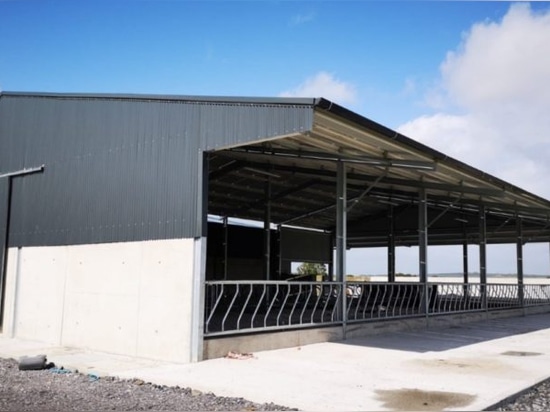 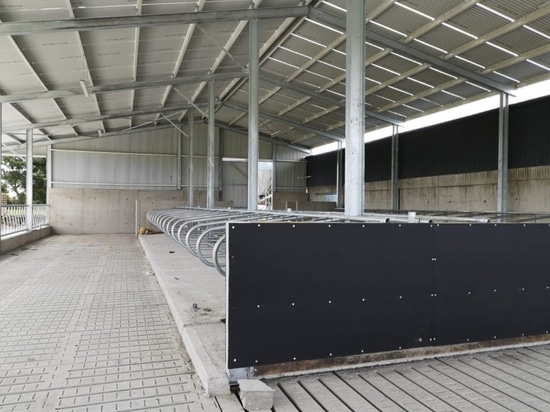 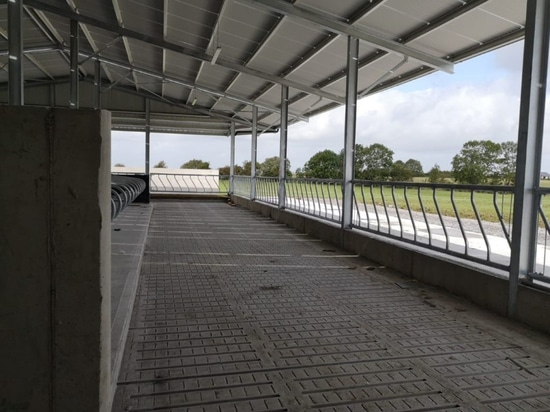