The researchers found that, for best protection, juvenile rainbow trout should be immunized with a 1:100 dilution of the titer with 1 × 1010.0 ml−1 TCID50 of the live vector vaccine, via 10-min immersion.

Expression of the IPNV VP2 gene was confirmed in spleens of vaccinated rainbow trout, and reached the highest level at 3 days post-vaccination (dpv) and thereafter gradually decreased between 3 and 15 dpv.

Four markers of the adaptive immune response (CD4, CD8, IgM and IgT) were continuously increased in the spleens of vaccinated fish as compared with controls, between 3 and 15 dpv. The cumulative percentage mortality differed significantly between the vaccinated fish and the controls (empty-plasmid-vaccinated).

According to the researchers, the results of the challenge test “showed that the live vector vaccine had a high protection rate against IPNV (relative percent survival value of 88.24), and the vaccinated rainbow trout displayed high levels of serum antibodies against IPNV infection.”

As a result, they conclude that “this is a promising live vector vaccine that could be used to protect rainbow trout against IPNV infection”. 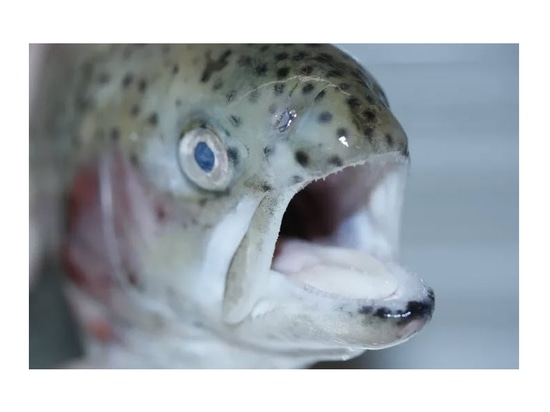 The vaccinated fish had a relative percent survival value of 88.24