Havfarm 1, a structure that has the capacity to hold 10,000 tonnes of salmon, has recently been launched at Yantai shipyard in China.

Developed by NSK Ship Design, in collaboration with Nordlaks, the companies report steady progress on the project despite the global COVID-19 situation and the 385-metre long structure, named the Jostein Albert, is now afloat.

However, the companies admit that a timeline for the completion, final launch, and testing of onboard equipment is currently hard to estimate, due to the strict travel restrictions to and from China.

“The shipyard is situated in Yantai, a city in the Shandong province of China. Although this area is quite some distance away from the epicentre of the COVID-19 outbreak, extended Chinese holidays and self-quarantine regulations began affecting the project at an early stage. The situation in Yantai is now fairly normalised, but Chinese travel restrictions have recently been implemented to prevent new outbreaks,” says Lars Fredrik Martinussen, communications chief at Nordlaks.

When completed the vessel will be equipped with six 47x47 metre nets, made of HDPE mixed with copper. The first of two Havfarm projects to have been approved by Norway’s fisheries directorate, Nordlaks plan to station it in Vesterålen, northern Norway.

The Havfarm 1 is currently due to arrive in Norway at some stage this summer, but Nordlaks is not yet sure when it will be operational.

It will be followed by a second Havfarm, which will be self-propelled and remain mobile, even when stocked with salmon, allowing it to react to any environmental threats such as sea lice or harmful algal blooms. 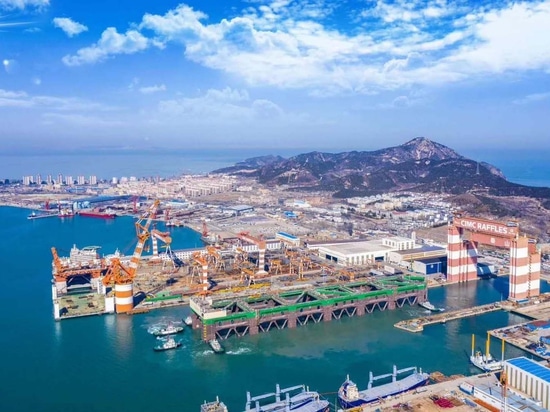 The 385-metre Havfarm 1 has been constructed at the CMC Raffles shipyard in Yantai, China 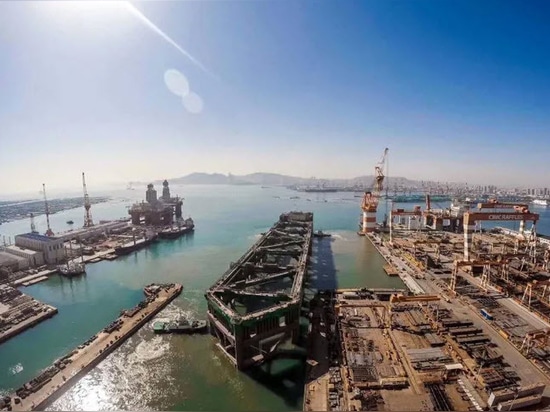 The Havfarm 1 takes to the water