PORT ISSUES IN CHINA MAY CAUSE EVEN BIGGER HEADACHES.

While China’s president has assured U.S. President Trump that trade agreement targets will be met despite the Wuhan coronavirus, uncertainty prevails in the U.S. ag industry.

Under the trade agreement, China is required to begin buying U.S. ag products on February 15.

Last year, soybeans made up nearly half of all Chinese purchases.

The U.S. ag industry has been eyeing the February 15 trade deadline for a while.

However, what nobody could have seen coming was a worldwide killing virus.

As of Friday, the coronavirus has killed 630 people, mainly in China, but it has infected 31,400 people in 25 countries and territories.

Over 50,000 airline flights in and out of China have been canceled.

At China’s Wuhan port, in the last seven days, only five vessel arrivals and seven departures have been recorded, according to Marine Traffic AIS data. That compares with 72 arrivals and 47 departures in the same week last year.

On Friday, news reports indicated that scientists at the South China Agriculture University are reporting that a Chinese pangolin anteater may be the host of the killing virus. Meat from the pangolin is sold in China’s food markets as a delicacy.

While the death toll is the most important factor, the rippling effects of the virus could eventually be felt within the U.S. ag export industry.

Mike Steenhoek, executive director of the Soy Transportation Coalition, says that it’s important to keep perspective about events like this one.

Keep in mind that from an ag export perspective, the 2003 breakout of severe acute respiratory syndrome (SARS) wasn’t that disruptive.

For an industry, though, the coronavirus is throwing big questions out there regarding the impacts.

“For instance, how widespread is the virus globally? How much mobility will be restricted in China? None of that bodes well for the international transportation industry,” Steenhoek says.

“There are so many variables within a complex industry like transportation. The uncertainties of the coronavirus certainly don’t build confidence,” Steenhoek says.

This week’s reports that China’s orders for Brazilian soybean shipments are being fulfilled shows that the demand is still there, Steenhoek says.

A slowing of U.S. soybean exports to China may be due to a number of factors other than the coronavirus, Steenhoek says.

In addition, Brazil has a large crop to sell and it is seeing a continued strengthening of the U.S. dollar vs. the real (Brazil’s currency).

Another reason to believe China will buy from other sources has to do with the fine print of the U.S., China Phase One trade deal.

“The U.S. trade delegation has conceded that the Chinese purchase agreement has a qualifier that it buys U.S. products only if market conditions are compatible. So, if Brazilian soybeans are significantly cheaper than U.S. soybeans, we can’t compel the Chinese to make those purchases,” Steenhoek says.

It’s worth noting that it takes 30 days for a vessel of U.S. soybeans to reach Asia.

The good news is that the coronavirus issue could be under control before a load of U.S. soybeans, purchased this week, even reaches a Chinese port.

Still, it’s at the Chinese ports where the shipping issues get complicated.

As China shuts down mobility of 60 million citizens, closes businesses, and blocks transportation within mainland China in an effort to stop the spread of the deadly virus, imported products are getting backed up at the country’s ports.

“Even if you get a shipment to the mainland Chinese ports, there will have to be sufficient truck capacity (for front haul and back haul) hauling to and from the ports to regional distribution points. All of a sudden there are restrictions on getting products from one area of the country to the other. This could really complicate the system. This could be the bigger source of China’s problem,” Steenhoek says.

The coronavirus is not demand destruction as much as a “pipeline disruption” for a variety of markets, according to one Chicago-based soybean trader requesting anonymity.

“Because China lost so much animal production due to African swine fever, it has needed to replace the 9.0 million metric tons (mmt) of lost soybean crush with 2 billion pounds of vegetable oil imports, mostly palm oil. Palm oil prices dropped dramatically over the last month, as have soybeans. The drop puts default risk on high alert for those in the middle of transacting imports,” the trader says.

Recently, the Chinese trade authority apparently handed out force majuer waivers that are being applied to some inbound soybean shipments in an effort to cancel or delay cargoes, the trader stated in an email.

“The government essentially put on travel restrictions and extended its Lunar New Year holiday, which means not everyone came back to work last week, adding to the port disruptions. It’s been reported that many Chinese soybean crushers took downtime over the Lunar New year holiday, and they’re slow to return to operating.”

OTHER U.S. CUSTOMERS WITH CORONAVIRUS

As multiple countries report coronavirus cases, U.S. ag exports to customers other than China could be impacted.

As a result of the virus outbreak, many countries are conducting quarantine checks to contain the spread of it. This is having a knock-on effect in the global commodities transportation market.

“It’s certainly a consideration. And it’s something that merits our attention,” Steenhoek says. “We have such a huge amount of uncertainty about how far down this rabbit hole this virus is going to take exports, but it wouldn’t take much for U.S. exports to feel the ripple effects in a pretty substantial way, if other world buyers put restrictions on at their borders.”

China is a major key component in world supply chains. For instance, of the top 10 container ports in the world, seven of the 10 are in China.

“So, all of a sudden you have this significant event in China that is definitely going to send a bearish sentiment on markets on things like the Baltic Exchange. That sucks a lot of oxygen out of it [the shipping industry],” says Steenhoek.

On Thursday, China’s government announced that it will make a 50% reduction in tariffs on $75 billion of U.S.-origin products, including soybeans.

Nelson Dong, a lawyer and member of the board of directors of the National Committee on U.S.-China Relations (NCUSCR), says that this move is tied to the coronavirus.

First, it is a sensible and practical move if China is to meet its very ambitious purchasing commitments as set forth in the recently signed Phase One trade agreement with the U.S., Dong stated in a press release.

“Second, given the current coronavirus epidemic and the unprecedented lockdown and quarantine of some 60 million or more Chinese citizens, especially across Hubei Province and in its capital city Wuhan, the Chinese government especially wants to project a sense of calm, order, and strength at this time. It therefore wants to show its own citizens and the world that, in spite of that admittedly grave national health emergency, it can still carry on business as usual and is not flustered or distracted,” Dong says. 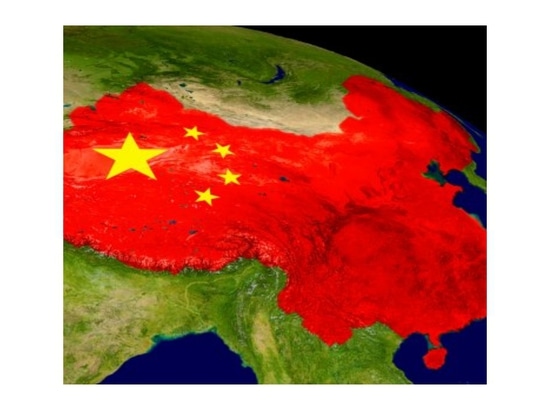