Fendt takes the wraps off a new breed of machine

AgriLand recently reported that Fendt has teamed up with German-headquartered Sennebogen to offer its first own-brand telehandler (telescopic handler).

The machine was unveiled at the Agritechnica show (Germany) in November.

Known as the Cargo T955, this handler’s most noteworthy attribute is its lifting cab.

At Agritechnica, we spoke to Michael Trunzer – from Sennebogen/Fendt – to find out more.

In this video (below), he explained: “As you may have noticed, we have some great news here.

“Just as a pre-launch, we have introduced the new Fendt Cargo T955 telehandler which comes from a partnership with Sennebogen.

“Sennebogen is mainly known for big, material-handling machines, but Sennebogen is also on the market with the telehandler for approximately one year. Now, in this cooperation with Fendt, this machine will go into the agricultural market.

The machine has some great advantages. First of all, it’s built [to be] very, very robust, so it’s really made for the professional user in agriculture.

He added: “The most important and most visible advantage is the elevating cab. The cab goes up to 4.25m [at] eye level, so you can perfectly look into a truck or a lorry. Also, the cabin is damped [suspended] so it’s very comfortable for the operator.

“The machine will actually be available next year in the summer.”

According to the company, the machine can lift 5.5t; its maximum lift height is 8.5m. The Cargo T955 is apparently just the first of several Fendt-badged telescopic handlers. More will reportedly follow next year. 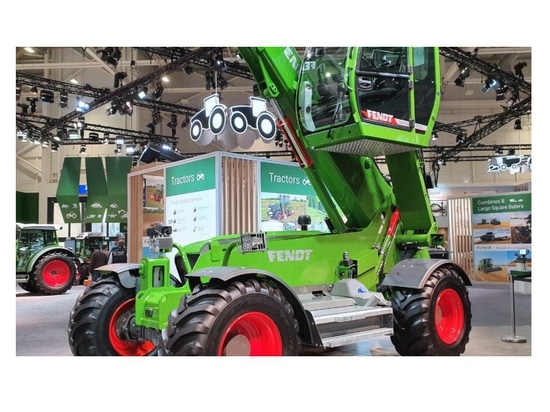 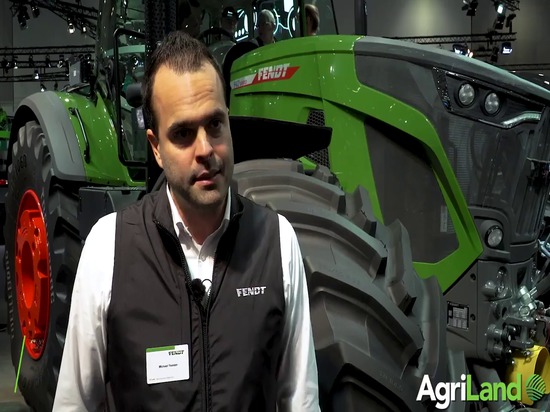