Pottinger Ireland marked the official opening of its new premises in Co. Tipperary with a visit from both the Austrian ambassador to Ireland and top brass from the Austrian-headquartered firm.

At a ceremony last Tuesday, January 14, the company’s new premises in Clonmel, in the south of the ‘Premier County’, was officially opened by the Austrian ambassador to Ireland, Dr. Helmut Freudenschuss.

The main speaker for the executive board of Pottinger – Gregor Dietachmayr – was also on hand to open proceedings.

In a statement from Pottinger Ireland, the event was described as a “celebration but also a statement of future plans, to provide the best working results”.

“Our new premises is an open and welcoming building where you can access information on our top-quality products, speak to the expert team members and access an array of spare parts,” the company’s statement said.

Speaking to AgriLand after the event, Diarmuid Claridge, general manager of Pottinger Ireland, said: “It’s a huge stepping stone because it allows us a lot more opportunities to stock more parts and a wider range of parts.

It allows us to be more responsive in peak season – when there are parts required. We’re not waiting for overnight shipments; we’ll now have them in stock.

“Obviously, our dealers still stock the parts, but as a back-up facility we can be more responsive.”

The general manager added that the new facility will also enable more product training to be done in-house, rather than sending dealers across to Austria.

“A big advantage is we’re planning to start training the customers – the farmers; the end-users – to ensure that they’re getting the maximum benefit out of machines.

If a farmer buys the top-of-the-range drill, in many cases, he’ll probably use that drill to 80% of its total capacity. There will be things he might never use or might be afraid to use – particularly with technology coming on-stream.

Claridge said operators and customers can be brought into the new facility and properly trained in the full use of the equipment.

He also noted that special guest Gregor Dietachmayr, main speaker of Pottinger’s executive board, highlighted the firm’s drive to prioritise close engagement with the end-user.

“The parent company wants to be able to service or support the market correctly; it’s also about being close to the customer.

“Rather than trying to service that from 2,000km away in Austria, by having a team with a premises in Ireland they can support it on-site and be closer to the customer.

“Because we don’t hide away behind computer screens or walls, we’re there to meet the end-users and customers,” Claridge said. 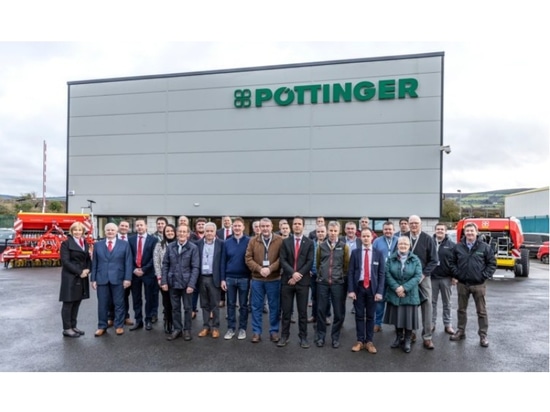 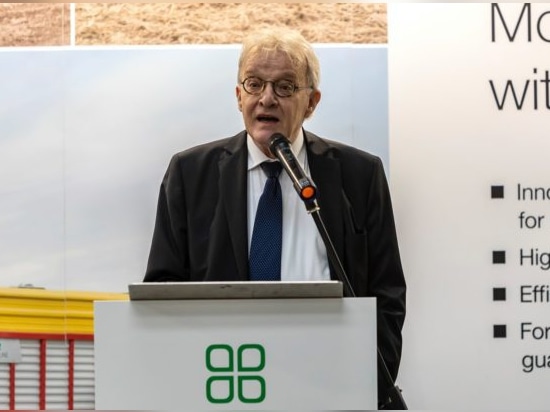 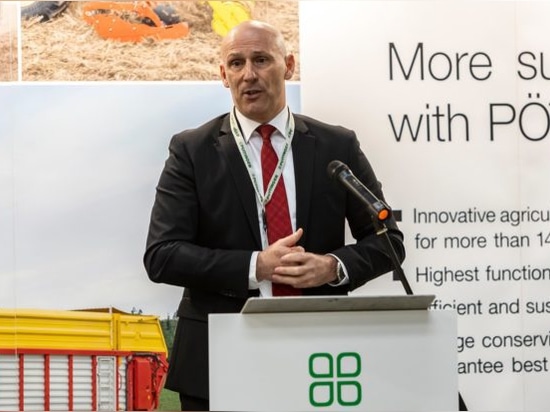 Main speaker for the executive board of Pottinger – Gregor Dietachmayr