Over the past 40 years, U.S. cotton farmers have decreased water use and increased yield. They will have to build on that achievement to meet an ambitious 2025 industry goal.

The U.S. Cotton Trust Protocol has established a goal of an 18% increase in irrigation efficiency by 2025. To do that, producers need to continue using currently available advanced irrigation scheduling tools and adopt others to be developed in the near future through research.

"That water use improvement was possible by improved irrigation delivery systems that have become more prevalent across the eastern sections of the U.S.," says Ed Barnes, senior director, Agricultural and Environmental Research, Cotton Incorporated. "That decrease in water use is also in part attributable to a shift in acreage from the Far West to the East, where they regularly receive more supplemental rainfall."

Many farmers in those regions are investing and seeing benefits from laser leveling, use of low pressure/low energy center pivot systems, micro-irrigation, sub-surface drip systems and moisture sensors.

Barnes confirms an improvement in irrigation scheduling tools also contributed to reduced water use, although to a lesser extent. "Cotton varieties have improved across-the-board, but credit should also be given to our producers who are managing their cotton crops with better agronomic practices," Barnes says.

Heightened awareness of unsustainable water use levels from two major aquifers, the Ogallala aquifer in the Southwest and the Mississippi River Valley alluvial aquifer in the Mid-South, has encouraged farmer adoption of products and processes that help mitigate the overuse of subsurface water. "Agriculture is competing with industrial, metropolitan, and domestic users for water," Barnes says. "That competition will continue as more farming operations are encroached by urban growth, so efficient use of water is paramount."

Simulation models are being used by scientists to improve the accuracy of their research. "Kelly Thorp with the USDA/ARS in Maricopa, Ariz., is using a crop simulation model to improve irrigation scheduling decisions," Barnes says. "Although his work is being conducted in a desert environment, the goal is to design the model to work in other cotton production regions like the Mid-South and Southeast."

The model Thorp uses permits simulation of production variables like cotton's growth stages and/or yield, and how they are balanced with other variables like soil water content and a crop's water use. "Kelly's model now contains data from five Arizona growing seasons and was used as an in-season irrigation scheduling tool during 2014/15," Barnes says. "Improvements in standardized evapotranspiration methods are also improving the capabilities and accuracy of crop simulation models."

To address the depleting Mississippi River Valley alluvial aquifer problem, a hydrogeologic model is being used to develop a clearer understanding of the aquifer's permeability, porosity, and hydraulic conductivity. "Models are playing an increasingly important role in hydraulic research," says Jeannie Barlow, deputy director, U.S. Geological Survey, Lower Mississippi-Gulf Water Science Center. "The higher quality the data we are able to place into the model, the more accurate the model will be in designing potential solutions." 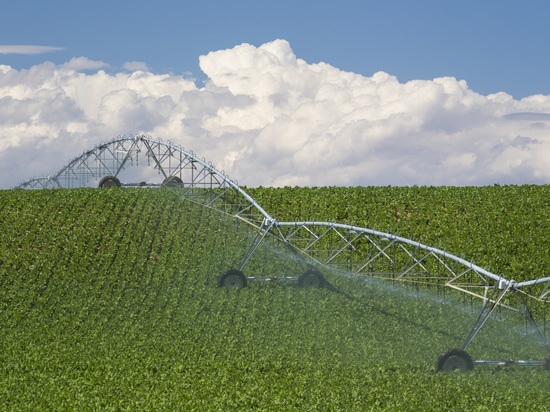