What has been happening in the poultry sector

The complexion of the poultry sector has changed as consumers have become increasingly concerned with the animal welfare issues raised by the intensive, battery production methods that were so popular in the 1970s and 1980s. This has led to the expansion of free range, barn and perchery systems.

Since 2012 new laws on laying hen cages have been in force, meaning that hens must have more space. (Similar rules for broilers came into force from autumn 2010 but the significant majority of existing producers already met the requirements because they were members of the Red Tractor farm assurance scheme which sets out minimum stocking rates.)

In 2015, the Food Standards Agency completed a year-long survey of chickens sold in shops and found that the campylobacter bug was present in around 70% of those tested. This has resulted in new commitments by the poultry meat industry to explore ways to reduce the incidence of campylobacter, for example by packaging chicken in 'ready to roast' bags so that consumers don't have to touch the raw meat before cooking. The measures seem to be working, with subsequent surveys finding lower incidences of campylobacter.

Poultry meat is seen by consumers as a versatile, healthy food that is quick and easy to cook. As a result, consumption has increased quite significantly in the last 30 years and is now more than double what it was in the mid-1980s.

Consumer demand for eggs has been static for many years, while the price paid to the producer continued to rise throughout the 2000s and remained high until 2012. In that year prices rose sharply, as the industry had to recoup the costs of installing higher-welfare 'enriched' cages following the implementation of legislation from January of that year. There was a further increase in 2013 but, as with poultry meat, the price then fell in 2014, 2015 and 2016.

In May 2018 it was reported by Noble Foods Group (the UK's leading supplier of eggs) that sales of eggs in the UK topped £1 billion for the first time, with consumers buying 6.6 billion eggs.

In common with other areas of farming, for much of the 2000s there was increased consumer demand for organically produced eggs and poultry meat which often attracted a large price premium. However, the economic downturn at the end of the decade significantly reduced demand for much organic produce as consumers increasingly switched to cheaper options. The reduction in demand affected the producer price with the average packer to producer price of organic eggs falling from a peak of over £1.50 a dozen in the second quarter of 2008 to around £1.30 a dozen in the early 2010s. After declining for a number of years, the organic market then returned to growth in 2013, 2014, 2015 and 2016 according to the Soil Association. In 2015 many retailers committed to selling only free range eggs by 2025, leading to rapid growth and investment in the free range sector. By the middle of 2017 just over 50% of eggs were produced on a free range system.

Opportunities for poultry farms include increased demand for:

chicken meat, which is considered to be lean and healthy especially in the light of the negative press associated with red meat products

Keeping up to date with developments

Poultry farming is quite heavily regulated - even for small scale producers - so it's important that you keep up to date with any changes in the laws covering your business.

Useful information on the poultry sector can be obtained from the British Egg Information Service as well as from Defra and the British Poultry Council.

Joining an industry association like the British Free Range Egg Producers Association is an excellent way of keeping up to date with developments.

Subscribing to a trade journal is another good way of staying up to date. The journal Poultry World is available from Reed Business Information. Farmers Weekly is a well known journal that's relevant to the whole of the farming sector.

Other sources of information about the poultry industry include specialist industry bodies like the British Egg Products Association (BEPA). 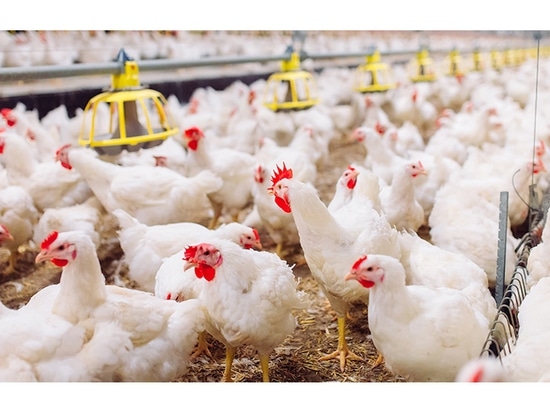