UK-based feed manufacturer, World Feeds Limited, has specialised in aquatic nutrition since it's inception in 2004. The company have been producing unique, complete diets for captive fish in some of the largest public aquariums in the world ever since - they are the only supplier in the world that has been able to do this.

August 2019 saw them bringing their years of perfecting tailored fish feeds into aquaculture with new feed block diets targeted at cleaner fish and the control of sea lice.

The company operate on the simple premise of improving the way fish are fed, and it is this core ethos that has driven their global success. Their products feed hundreds of thousands of fish worldwide, whether they inhabit a 45 million-litre marine exhibit or a 30-litre goldfish tank.

With the launch of their aquaculture range, Vita Aqua Feeds (VAF), they are extending the reach of their nutritional expertise to benefit fish farms around the world. VAF provides a potent combination of high quality, highly digestible feeds and innovative feeding stations designed to deliver the nutrition in the most practical and efficient way possible.

It's what's inside that counts

World Feeds' Founder and Technical Director Mark Wilson comes from a rich history in ornamental aquaculture, including conservation and breeding programmes and was involved in the development of one of the world's first commercial clownfish hatcheries using 100 percent recirculation technology.

His research led to a situation that deeply concerned him – food available on the market at that time was not fulfilling the nutritional requirements of an increasingly diverse range of species.

'The increasing variety of species that were becoming available all had varied dietary needs, and these were not being met with the catch-all approach of the food produced at the time' explains Wilson.

He brought together a team of fish experts, nutritional scientists and engineers in order to provide a better standard of nutrition for fish in captivity. Using carefully selected, sustainably sourced dietary components, each feed is formulated specifically to target the refined dietary requirements of the species it is intended for.

The feeds themselves are produced on bespoke machinery designed by the company's in-house engineering team, employing cold-extrusion processes that allow the ingredients to retain their nutritional integrity.

Overcoming the limitations of existing technology, this creates unique soft, malleable feeds that can be presented in a variety of practical ways for the fish to take advantage of - benefitting both fish and user.

Designed specifically for lumpfish and wrasse, VAF's elongated feed blocks are a complete and balanced diet that can be deployed in sea pens, flow through or recirculation systems.

The blocks maintain their integrity in water for up to 24 hours, encouraging and facilitating natural grazing behaviour throughout the day. This allows the larger fish to satiate before the smaller fish take their turn and subsequently leads to reduced aggression during feeding. The grooves that feature along the length of the block are included to allow the fish to gain better purchase on the feed.

Extensive studies and trials have investigated the effectiveness of the blocks when compared to other available cleaner fish feeds. Operations including Loch Duart in Scotland and GIFAS in Norway have been using VAF products over the course of several years - working collaboratively with World Feeds to refine the product into what has now been made commercially available.

'Our expert associates in the aquaculture sector have been essential in the development of our pioneering products' asserts the company's Managing Director, Peter Kersh. 'We provide complete diets and complete feeding solutions for cleaner fish.'

These solutions include not only VAF's feed blocks but the innovative feeding stations that allow customers to deliver the feed with ease.

The studies conducted with lumpfish in Norway found that efficacy was greatly improved by considerable reductions in cataract development. At the end of the trial period, there was a 77 percent reduction in cataract prevalence in fish fed with feed blocks when compared to those fed with a pelleted diet.

It was also found that fish fed with VAF blocks maintained stable and controlled growth rates, negating the symptoms of artificially high growth rates and further improving their effectiveness as cleaners. Further study recorded improvements to general health and welfare, a result of the quality of ingredients and formulations used.

In addition to their nutritional benefits, VAF blocks also offer a number of practical factors that set them apart from competitors. No refrigeration or mixing is required which promises considerable reductions in storage costs and preparation time.

The blocks can easily be removed directly from the pack and deployed in-situ at the pen. Coupled with a two-year shelf life and packaging that can be recycled or reused on site, transitioning to VAF diets could have a major impact on the general running of aquaculture sites.

World Feeds' engineering department adds another innovative wrinkle to what VAF can offer to salmon farms with the inclusion of bespoke feeding stations designed to work specifically with the feed blocks. Mark Wilson believes that the future of the company lies in providing the most practical and efficient delivery methods for their high-quality nutrition. In this respect, the company have developed feeding station technology that can be deployed strategically with an aim to revolutionise how cleaner fish are fed and maintained.

The VAF Manual Line Deployment (MLD) system – Easily loaded with a single feed block at the side of the pen, each MLD can be lowered beneath the water on a line. VAF recommend deploying several MLDs around the pen, depending on the number and behaviour of cleaner fish.

During trials, blocks were located in key locations about the perimeter and among kelp hides. This encouraged the cleaner fish to disperse, maximising their exposure to the salmon and in turn the sea lice. The MLD can be deployed vertically or horizontally as required and floats back to the surface once the block has been consumed.

The VAF Automatic Deployment Station (ADS) is in the latter stages of development. This buoyant dispensing system is designed to deliver the complete and balanced feed block diet over longer periods of time. Able to be loaded with a quantity of blocks, it can be custom programmed to dispense feed as and when required, with minimal supervision or maintenance.

'The ADS enables farm personnel to focus their attention and time on other vital aspects of their daily process' says Mark Wilson. 'We are developing the station to include an on-board computer as well as solar, wind and hydro-kinetic generators allowing it to self-regulate and self-power.'

There is also scope to add attachments to the apparatus, with almost limitless potential for operational data collection and research applications.

The future for cleaner fish

VAF are confident that their combination of nutrition and innovation poses significant benefits for the future of cleaner fish management - providing an effective solution to the control of sea lice while improving the general health and welfare of lumpfish and wrasse.

With the addition of multiple practical incentives and reductions in operational costs for fish farmers, Vita Aqua Feeds certainly has the potential to achieve far-reaching success within the aquaculture industry. 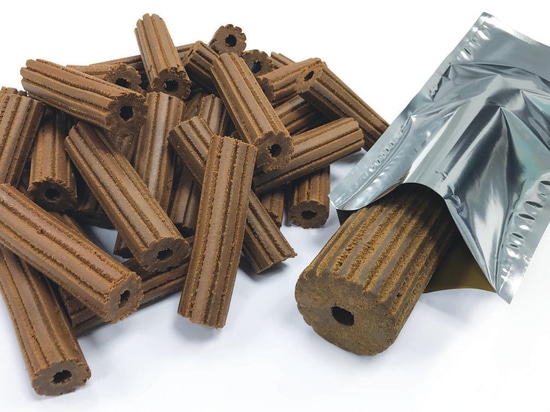