US expands use of hydrogen peroxide in fish farming

The United States Food and Drug Administration’s Center for Veterinary Medicine has approved the use of 35% Perox-aid (hydrogen peroxide) for use in finfish environments.

“This approval will help provide a critical treatment for improving fish health. The agency also anticipates that resource management agencies will use this approved treatment for aiding in the restoration of certain freshwater fish populations,” said the FDA in a press release.

The approval allows treatment at different life stages other than just during the egg stage.

“Studies showed that mortality associated with two different species of Saprolegnia was controlled in three different species of fish: rainbow trout, walleye, and channel catfish. Four field studies demonstrated the effectiveness of 35% Perox-aid for the treatment of Gyrodactylus spp. infestations in freshwater-reared salmonids, and two additional clinical field trials were conducted in largemouth bass and bluegill to extend the indication of control of mortality due to external columnaris disease to freshwater-reared warm water finfish,” said the release.

Previous use of hydrogen peroxide

Previously, hydrogen peroxide was approved in the US for a small number of fish-related issues, firstly to control mortality in freshwater-reared finfish eggs due to saprolegniasis. 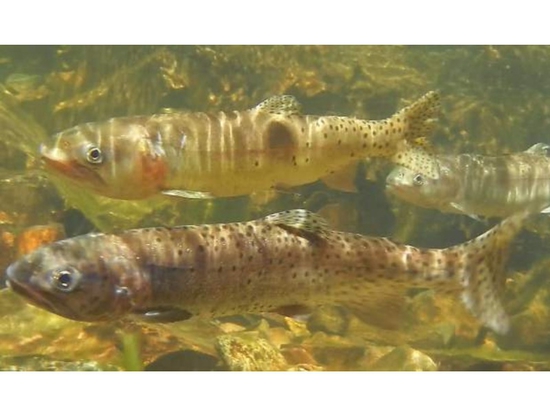 Lahontan cutthroat trout diseases can be treated in the USA with 35% Perox-aid. Image: Fish and Aquatic Conservation/USA