The CEO of Kampachi has launched a rugged defence of his plans to establish the first finfish aquaculture installation in US Federal waters outside Hawaii following objections from a leading environmental NGO.

Kampachi Farms, which is based in Hawaii, has applied to install a single cage seriola farm in federal waters of the Gulf of Mexico, approximately 45 miles southwest of Sarasota, Florida. The site would be capable of holding approximately 20,000 Almaco jack (Seriola rivoliana) and produce a maximum annual harvest of 88,000lb (roughly 40 tonnes). The facility, at a location known as Velella Epsilon where the water is 130 feet deep, would include a support vessel and a single floating cage.

The US Environmental Protection Agency (EPA) has said it intends to issue a National Pollutant Discharge Elimination System (NPDES) permit for the facility, much to the ire of Friends of the Earth.

“The EPA has failed our ocean ecosystem and coastal communities by taking steps toward approving an industrial ocean fish farm in the Gulf of Mexico,” said Hallie Templeton, senior oceans campaigner for Friends of the Earth. “The Gulf already suffers from extensive and ongoing offshore drilling activity, and just last year experienced the worst red tide in more than a decade. Floating feedlots would only cause more destruction to the region.”

However, Neil Sims, CEO of Kampachi, explains to The Fish Site that such concerns are hugely misplaced - not least due to the scale of the project.

"This is a small-scale demonstration project – a single cohort of fish, at around 10 percent of the number that would be stocked into a commercial net pen - that is designed primarily to allow the Florida fishing and boating community to understand the minimal impacts and positive benefits that can flow from offshore aquaculture," he says.

Moreover, he is able to back up these claims with practical experience - citing the examples of previous trials conducted by Kampachi off Hawaii, where offshore aquaculture facilities proved popular with local fishermen.

"When we operated our Velella Beta-test, and Velella Gamma projects here in Hawaii, for example, local fishermen were truly appreciative of the phenomenal FAD (fish aggregating device) effects of the net pen array. They were catching mahimahi, wahoo, tunas, marlin… One local fisherman told me that it was 'the best fishing I’ve had in my life!'," he reflects.

Sims believes that the planned facility could have a similar impact on fish catches - and attitudes towards offshore aquaculture - in Florida.

"We now want the fishing communities in the Gulf of Mexico to experience this, and actually see for themselves. That’s what we want this Velella Epsilon project to demonstrate," he explains.

The company plans to use a copper alloy net pen set in a submersible 17-metre circular cage with a height of 7m, contained within a high-density polyethylene frame. The pen will be deployed on an engineered multi-anchor swivel (MAS) mooring system with up to three anchors for the mooring, with a swivel and bridle system. The cage material for the proposed project is constructed with rigid and durable materials (copper mesh net). The mooring lines for the proposed project will be attached to a floating cage that will rotate in the prevailing current direction. The ocean currents will maintain the mooring rope and chain under tension during most times of operation.

Sims also hopes that the project, if green lit, could have a positive impact on how conservation organisations view aquaculture. Indeed Sims has long been a proponent of the need for the US to address its mighty seafood trade deficit through an increase in offshore aquaculture.

Writing in Aquaculture magazine last year he lamented the "perennial failure" of too many "so-called conservation organisations" to "accept the overwhelming scientific consensus that aquaculture is an absolutely essential element of any future sustainable world, and that offshore aquaculture probably represents the

The EPA has opened a 30-day commenting period on the draft permit, which closes on 29 September. 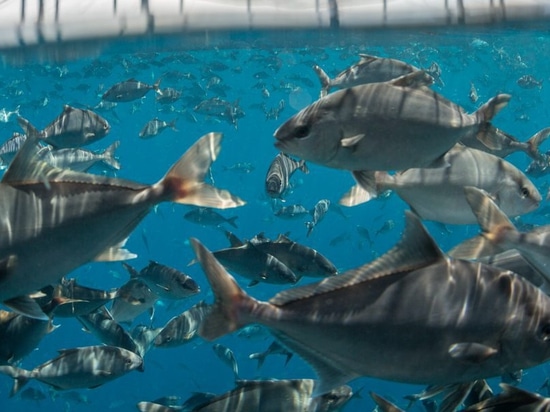