If one of Willyne McGill's girls shows up open at ultrasound time, the criteria for keeping her is simple. "She better be walking on water," says McGill.

To be clear, it all comes down to economics. While costs for carrying an unbred cow for a year are highly variable, Matthew Burns says he's seen numbers from $400 to $800 for South Carolina, where McGill ranches with husband Ned.

"It may be a lower-input grazing operation or they may have to feed a lot of supplement," notes the Clemson University Extension beef specialist. Whatever the case, most producers don't feel it's money well spent.

"If you can't contribute it to a management mistake you've made--for example you didn't have her Body Condition Score (BCS) where it needed to be--then she needs to be culled," says Burns.

McGill says the carrying cost at their operation in the Starr area is at the lower end of that range, but it isn't money she wants to waste. Occasionally she will hold off on culling a cow that appears to be open, or was bred too late in the 120-day breeding season for it to show up on the ultrasound. Those get a re-check by the vet. She also remembers the good ones.

"We had four sets of twins one year," she recalls. "Those cows might get some consideration."

Thankfully, open heifers and cows aren't common for McGill. She says out of 140 females they normally end up with four or five that have to be culled because they are open. She also culls based on age and condition. It's an automatic cull when a cow reaches the 15-year mark.

McGill adds, "To stay here, they have to have good feet and legs, a good udder, have good calves, look good and produce good."SECOND CHANCES

Flint Johns believes there are times it's in the operation's best interest to keep an open cow one more season. The ranch manager of Lykes Brothers, Inc., says it all goes back to the dollars they've invested developing a heifer.

"Our average cost of developing a heifer from weaning to preg check is $440 a head. That's a lot of money to raise a heifer," says the Okeechobee, Florida, cattleman. "It takes four times as much supplement to develop a heifer as it does to maintain a mature cow."

"As a 4-year-old [cow], I have $1,200 in her. Do I cull her or do I spend $125 on supplement to rebreed her? That is a question I struggle with," admits Johns. In general, she'll get another chance. But she will be bred to a terminal cross sire, either a Charolais or Red Angus.

While Johns makes a good point for keeping an open cow, at least on his operation, University of Georgia ag economist Levi Russell tends to think like Burns and McGill. "In my mind, the risk is too high to hold onto them," he says. "Our Georgia budgets show it costs $500 to $600 to keep a cow a year. In one year, you've spent $600 and didn't get a calf. Even if there are extenuating circumstances, it is still a risk."

He believes the only way to recoup your losses is to sell her and get salvage value. Because if she misses next year too, suddenly you're $1,200 in the hole on her. At that point, he notes, the market may not allow you to sell her for enough to recoup those losses.

Clemson's Burns says there is another factor to consider. "Reproduction is a lowly heritable trait. It is hard to make progress just by culling open cows, but I still don't want to keep those genetics around," he says. That's a philosophy that stays the same, even if a producer has both fall and spring calving herds and doesn't have to carry a cow a whole year before attempting to rebreed her.

On average, the sale of cull cows and bulls makes up 15% to 30% of an operation's annual income. So it pays to consider market timing to maximize that income stream.

"Usually spring is a good time to market them anywhere from the Southeast to North Dakota," he says. "Temperatures are getting warmer and the grass is starting to green up. It makes people want to buy cows."

If you have a spring calving herd, like the majority of cow/calf producers in the U.S., you may be taking a hit when marketing cull cows at fall weaning. October and November traditionally bring the lowest prices for cull cows, because there is normally a glut of both weaned calves and cows on the market.

Burns says it's a good time to check with neighbors and see if they are in the market for cull cows to graze corn stalks, stockpiled fescue or winter annuals. That can give you the option of holding them until prices start to trend back up, based on seasonal averages.

If that's not an option, Utah State University ag economist Dillon Feuz says look for ways to speed up the fall culling process. This can help you avoid the seasonal price dip, and you'll likely be selling a heavier animal as forage availability and quality are beginning to decrease this time of the year.

"Where possible, culling earlier in the fall will likely result in a higher market price and more weight being sold," says Feuz.

For those producers with inexpensive feed options, holding culls and feeding them to higher weights and grades is another option. Just be sure to factor in health costs and any decreased carrying capacity you may be dealing with to keep the culls. 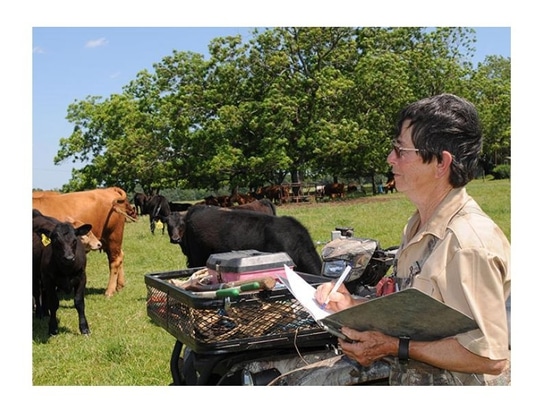