Massive vintage tractor collection to go under the hammer

Over 100 post-World War II tractors from one single collection are set to be auctioned off in Geelong on April 7, with no reserve prices set

Vintage tractor fans might want to clear their calendars for this one.

Donington Auctions, which specialises in classic cars and vehicle auctions, has announced a one-off auction in Geelong (Vic) on April 7 featuring over 100 restored and revitalised vintage tractors, as well as stationary engines and collectable items, among others.

The mammoth collection belonged to a gentleman from Geelong who grew up driving tractors on his family’s dairy farm in Drysdale (Vic), and his love for tractors flourished from there.

“He was working on the farm on tractors from an early age, particularly on International Harvesters, so a big part of his collection features the models that he would have driven as a young boy,” said Donington Auctions’ director, Robbie Richards.

“It’s drawing back to those things that you have fond memories about and I think that underpins the collection. That probably started the bug, and once he started collecting them it just increased from there.”Over 15 tractor makes including Allis-Chalmers, John Deere, Farmall, B.F.Avery, Minneapolis-Moline, Oliver, Massey-Harris, Massey-Ferguson, Chamberlain and McCormick-Deering will go under the hammer on April 7 at a purpose-built warehouse in Geelong that the owner constructed just to house his prized collection.

“There’s a whole gamut of different makes and at least a dozen models from each of these makes, and there's no duplication of a model in this collection,” Richards said.

In addition, there will also be Ronaldson Bros & Tippett engines, Ruston and Hornsby engines and a Mack B61 Truck and trailer on offer.

“When I first walked into the warehouse, I was stunned because it was such an amazing collection and like nothing I'd ever seen before in Australia,” Richards said. “People just can't believe that one man could have accrued so many toys.”However, it came to a point where the owner simply did not have the health or strength to continue maintaining his impressive collection, and decided that it was time to downsize.

“But he certainly had some wonderful times with his collection and I think that's the most important thing,” Richards said.

He said the tractors were dusty but otherwise in good condition when he first laid eyes on them.

“We spent a considerable amount of time going through the whole collection just recommissioning and making sure things are running,” Richards said. “The condition of the tractors is very good, so it's nice to see them back to their old glory once they've had a good wash and clean.”

Richards said 95 per cent of the units to be auctioned off are fully restored and in working order.

Potential buyers will have the opportunity to view the collection on April 5-6 at the warehouse at 1 Hume Reserve Ct, Bell Park, Geelong, before the collection goes up for bids on April 7.

Bidders can either turn up at the venue to bid in person on the day, or bid online.

“We have a live Internet platform that runs as a simulcast auction so you can watch and hear it as it's happening, and you can bid as if you were sitting in the room,” Richards said. “So that certainly makes it easy for people that are remote.”

He added response to the upcoming auction has been overwhelming: “I’ve got people telling me they will be travelling from interstates and overseas for the auction, and there's been a good level of enquiry as well.” 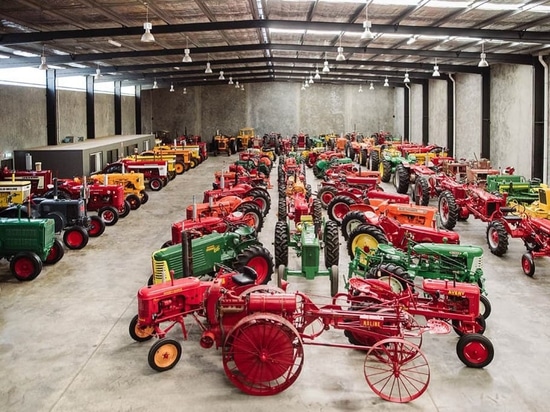 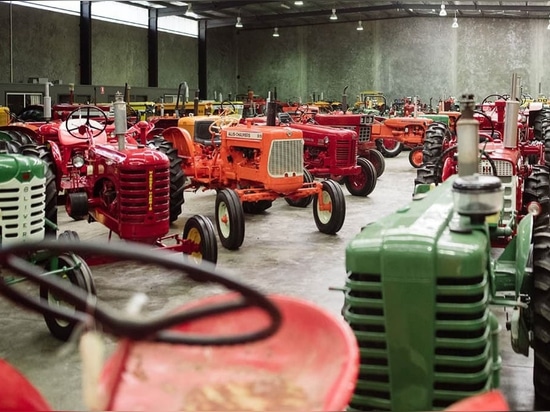 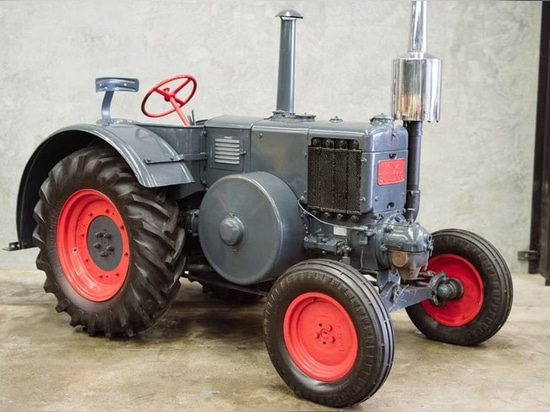