THE GOOD news out of south east Asia for the Aussie grains sector is that there will be a significant 16 per cent rise in demand for wheat from the major five wheat importing nations by 2023.

According to visiting Rabobank grains industry expert Oscar Tjakra, based in Singapore, this will equate to another four million tonnes of demand to a total demand of 29m tonnes.

However, while Australia has traditionally enjoyed a favoured role in supplying wheat to SE Asia, due to its proximity, Mr Tjakra said that due to better supply chains and current cheap sea freight rates, the Aussie industry should expect more competition.

"There will be increased demand, but equally we're going to see the Black Sea and Argentina both competing for a slice of the pie," Mr Tjakra said in a recent visit to Australia.

Mr Tjakra said both Black Sea and Argentine wheat had landed in the region in recent years and millers had been satisfied with its milling performance.

"There have been improvements made in the performance of the wheat from these regions and given the tight margins and competitive nature of milling in the region a chance to get cheaper wheat will be explored."

He said the poor east coast seasons over the past two years in Australia had meant a lower exportable surplus which meant the millers had to look outside of Australia to fill their orders.

"It has given the other exporting nations a toe-hold in the market," he said.

Of the five major nations in the region, Indonesia, Malaysia, Vietnam, Thailand and the Philippines, Mr Tjakra said Indonesia, Australia's largest buyer of wheat remained critical for the Aussie industry.

"Indonesia is going to continue to be a big player for the Australia industry, its population continues to grow, there are more baked goods being eaten, it all points to strong growth, the key will be Australia being able to supply the wheat at competitive prices."

Mr Tjakra said Australia's reputation for quality wheat would hold it in good stead in terms of winning business in the area, but added it would only go so far.

"It is an extremely price sensitive market so if Australian wheat does not compete on price, then other origins will win over the market."

With this in mind, he said several farmers he had spoken to in Australia had indicated they intended to focus on maximising yields rather than chasing increased quality characteristics.

"Quality will still play a role, but it looks as though yield will be king."

"They've got an export focused upcountry supply chain and then they are the closest major production zone to many of these markets which is a good advantage to have."

He said the interplay between Australia's declining market share and the increase in demand could mean total sales remained around the same level.

"Australia's share of SE Asian wheat imports has fallen from around 50pc in 2011 to arund 40pc in recent years, a figure which could drop further this exporting season due to the east coast drought."

However, he said new opportunities would open up in feed wheat, which can be included in a duty free allocation of 500,000 tonnes of feed grain sales from Australia to Indonesia under the recently inked free trade agreement.

"It is an advantage other exporters don't have, it should be low hanging fruit for the Australian industry," Mr Tjakra said.

Other emerging opportunities include sales into the Indochina region, with nations such as Myanmar, Laos and Cambodia potential buyers of Australian wheat.

The growth trends are expected to include noodle wheat.

"The wheat noodle markets in these areas are virtually mature," Mr Tjakra said.

He said one non-pricing area where Australia could win over millers was with information and customer service surrounding the end use characteristics of Australian wheat.

"That customer service and information space is something organisations like US Wheat Associates have done very well, and from discussions it seems as though it has not been as much of a focus for the Australian industry since the dismantling of the export single desk." 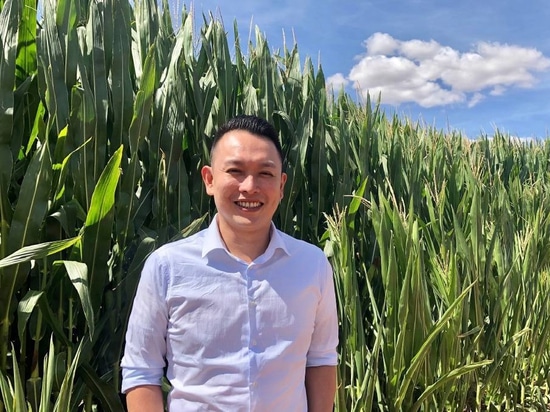