Crop consultants across the Cotton Belt offer several tips on how growers can maximize water use, thereby saving water — and money — while maximizing the yield potential of their racehorse cotton varieties.

West Tennessee consultant Joe Jenkins says moisture probes enable cotton growers to monitor soil moisture and make better irrigation timing decisions. “Watering is critical for cotton — it’s very easy to overwater. A major benefit of a moisture monitor is that it helps you time when to pull the trigger on irrigation, based on where and how much moisture is in the soil profile.

“The cotton plant needs a certain amount of water throughout its development, but just because at a certain point you normally need an irrigation doesn’t necessarily mean you really do, if you have adequate soil moisture. So, we rely on sensors to tell us when to water.

“We use Watermark soil moisture sensors from PrecisionKing. They tell the grower when he really needs to water, eliminating guesswork and saving water, diesel, and time. You’re able to give the plant the exact amount of water it needs at critical development times through the season.

“In addition to more efficient water use,” Jenkins says, “a moisture sensor can also increase yields. For example, one grower tried a unit because he was picking 2-bale cotton under his pivot, and 2.5 bales out from under the pivot. He realized he had overwatered; he had watered when he thought the crop needed irrigating. He tried a sensor unit, and later bought two more, because he could now water at the right time and the right amount.”

West Texas Consultant Mark Scott says, “One of our younger farmers added some irrigated land to his dryland operation this past season. It’s really limited irrigation land, so he’s just watering cotton and not peanuts. He used super sprayers or wobblers on his pivots last year, and we’re already talking about changing his pivots over to a LEPA (Low Energy Precision Applications) system that should increase his water output substantially. As weak as his water is, just by adjusting his system he can have more water — almost like drilling another well.

“We try to run circular rows under a pivot if the terrain allows it, and we run LEPA with bubblers or drag hoses. It makes more water available to the cotton plants, and we can direct it between the rows. Instead of watering every row, we’re now watering every other row, so we’re getting better water use efficiency.”

Some of Scott’s growers use drip irrigation, and they sometimes have difficulty getting the crop up during a dry year. “We often have difficulty in our sandier soils because we can’t push enough water up through that drip tape to germinate the seed if we don’t get help from rainfall,” Scott says. “But once we get it up, drip irrigated cotton outshines everything else by leaps and bounds. We get from 97 percent to 98 percent water use efficiency out of drip.

“Additionally, in a dry year, herbicide activation in drip irrigated fields is very difficult because we need rainfall to incorporate the materials. We also have problems with overwatering drip-irrigated cotton late. We need to be very conscious of the amount of moisture in the soil profile so we can finish up the crop. Some of our cotton varieties are race horses as far as growth — they will just keep on growing until they get nipped by a freeze. If you keep supplying them with a lot of water late, they’re almost unmanageable in some drip fields.”

In dry years, Scott says, fertilizer placement needs to be closer to the drip tape because the ball of roots will be concentrated around the drip tape — around the moisture. “Most of our drip-irrigated cotton is planted on 40-inch rows, although some growers do 30-inch or 32-inch rows.

South Georgia consultant Jack Royal’s cotton growers mainly use center pivots to irrigate their crop, and he urges them to be confident of each circle’s capability and performance.

“Many growers think their circles are putting out a certain amount of water, but they never check them. Monitor not just one part of your circle, but the entire pivot. If you’re not sure what your circle is doing, have it checked for uniformity. Service techs can put buckets under the circle and check its uniformity. If the pivot needs adjusting, there are several government programs available to cost share renozzling.

“I’ve even seen brand new circles come to the field with part of the circle having the wrong nozzle package — it came from the factory that way. Circles also blow out nozzles and have leaks that need addressing. Maintain your circles for maximum irrigation efficiency. Know your soil type and its water absorption capability, and adjust your rates accordingly.”

Royal says the main thing with irrigation circles is to never get behind. “Know your scheduling, especially when you’re running two or three circles off one well.”

In southeast Arizona, consultant Steve Fenn says flood and furrow irrigation are the least efficient watering systems as far as placing and maintaining water in the cotton root zone.

“Our two most efficient ways of holding water in the top of the root zone are drip, No. 1, because you have more control over how much depth you apply. You adjust that by the timing of how long you run your irrigation.

“Our other best option is center pivot. I strongly urge growers to use dribblers instead of sprinkling the crop, which cools off the plant and you lose some heat units. Intake rates are a big issue at the outer edges of the center pivot. For example, if a pivot is nozzled for 800 gallons per minute on a 120-acre circle, you can’t apply more than 1.25 inches at a time; otherwise, water that you sprinkle on the surface will run of. If water moves very far from where you applied it with a center pivot, you’ll lose quite a bit of yield.”

Where growers have installed drip more than 8 inches deep, sometimes getting the crop up is an issue, Fenn says. “In those instances, the growers probably germinate their crop with furrow irrigation and/or a sprinkler. I recommend that they germinate the crop with furrow irrigation. Many growers incorporate the drip system deep enough to allow tillage, but shallow enough that they can germinate the crop if need be. So, a fairly shallow drip system, with drippers 1 foot apart instead of 2 feet, enables growers to water up their crop.

“Additionally, there’s a lot of technology that has not yet been developed. As an example, I once did some research with moisture probes, working with surfactants to get water to move more efficiently through the soil profile, up and laterally.”

Fenn does tech service for Sentek Technologies, a south Australian company. “A grower who waters by the seat of his pants, and when in doubt puts out more water, will definitely save money on water by using a soil moisture probe. It’s another good tool for efficient water management, and the software records what you do. You can review what you did last year to see how irrigation affected yield. A soil moisture monitor like the EnviroSCAN probe is backed by soil water management software like IrriMAX.” 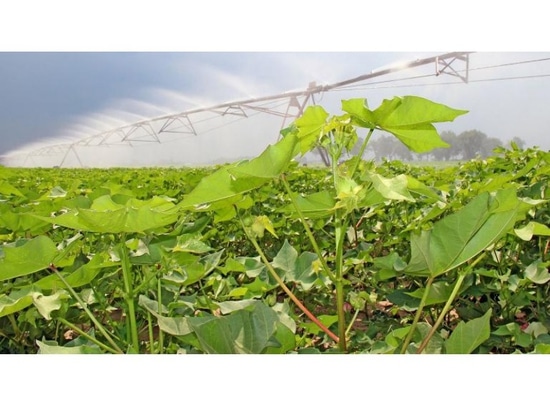