New tillage machines were parked all over farm show grounds this year, and when demonstrations were possible, many of them were showing what they could do in the field.

There were innovations galore on many models. Not since someone first introduced a disk with wheels that you could pull down the road has so much innovation in tillage perhaps been released in such a short time.

Along the way, companies making these products are applying precision technology innovation and modern engineering to the age-old disk concept. For example, you can adjust the Summers Renegade tool with an iPad on the go, changing things such as disk angle and downforce on various components. John Deere also introduced the concept in a tool featured in Editors’ Favorites, which appeared earlier on this website. Deere also brought out a tool that can run aggressively and fast. Equipped with big tires and a compact design, its goal is to get aggressive with tillage, if you want to be aggressive.

Another great innovation is disk blades that are independent from each other. They’re available from several companies, including Maschio. Each blade has an independent mount to the frame and can flex up and down. Models vary in how much flex in travel is possible with each disk.

It’s certainly not your grandpa’s 11-foot Allis-Chalmers wheel disk anymore — and when that came out, people thought they had a real disk! Check out what’s available now by contacting companies with these products using the information provided. 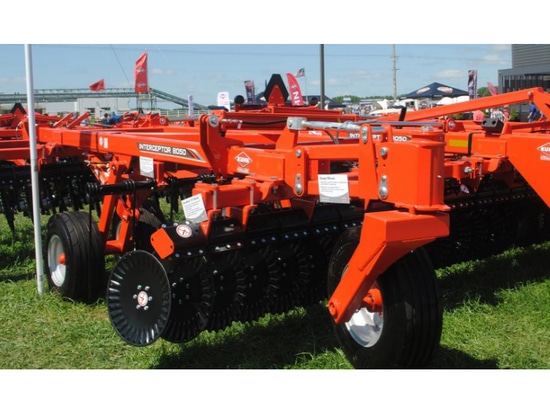