There isn’t a Canadian water buffalo herd any further west than Coleman Meadows Farm in Port Alberni. Given that the herd travelled all the way from Ontario in 2011, the animals have quite the background, and their owners Jennifer and Russell Dyson are glad they were able to give them a new life.

“We always wanted to do dairy, but we couldn’t afford the quota system,” Jennifer explains of what led them to water buffalo.

There weren’t a lot of other options for the Dysons to pursue. In addition to dismissing a cow dairy, goats were also out.

“I don’t like the taste of goat’s milk,” she explained. “And I don’t like the smell of goats either. My husband and I always say we have to love what we’re doing. At one point my husband actually took the pasteurizing [dairy processing] program at BCIT. It was at the same time that a lot of issues were happening with the small-scale cheese products, going back to about 2000.”

There were a lot of changes in the industry then, so the couple put their plans for a dairy on the back-burner and even sold off the equipment they’d purchased.Then, sometime later, Jennifer remembered what she’d learned about the Cowichan Valley-based Archer family. The Archers are considered Canada’s water buffalo pioneers as they brought the animals (which originated in Asia) to Canada in 1999.

“It wasn’t until we’d gone to visit the Archers… it started that whole thing all over again,” she explains. “My heart rolls my head too often, so I said to my husband and son, ‘go down and see what you think.’ They came back and said we’ve got to have water buffalo and that’s when we started to source them.”

More of a rescue mission than anything, in 2011 the Dysons learned about a herd that was originally from Europe. It had been moved to Arkansas, then sold to someone in Quebec, then moved to Ontario where it behaved much like a wild herd—left to fend for itself. The last move was to Port Alberni where the animals have found their permanent home and are 100 per cent grass fed from either pasture grass or silage.

“We ended up buying them. Then we bought another five animals. It’s been quite the journey,” she explains. “They’ve been domesticated so long, it’s part of their psychology, but it did take [this herd] time to trust people.”

She described water buffalo as having a personality between a dog and a horse and being very affectionate. In fact, she says they follow people around looking for love and affection.

Dairy equipment was purchased again and the dairy itself was finished in 2012. By 2013, the Dysons were open for business.

“Everything we do is hands-on,” she says. “We can walk amongst them, climb on them. They are very much a part of our life. Bit by bit we tamed them all. We earned their trust. They’ve settled in. They are just so mellow. We’ve got third, fourth and fifth, almost sixth generation that have been born on the farm.”

Water buffalo milk still falls under the milk industry act, according to Jennifer, so the milk is tested regularly. She adds that water buffalo produce a significant amount of the world’s milk supply. Their gestation period is about 10.5 months, so it takes a while to get calves.

While water buffalo products are high in health benefits, they aren’t yet as popular in BC as they are in eastern provinces.

“The market is enormous back east,” she says. “We’re trying to build a market here on Vancouver Island and in BC. The health benefits of water buffalo milk—that in itself is an incredible story.”

Another water buffalo farm, that of Gerry and Val McClintock and their daughter Sandra, is relatively nearby in Courtenay. Together, the farms are working to create a critical mass of their products. Both provide milk to Natural Pastures Cheese Company which makes a range of cheeses including Baffalo Brie, Buffeta, Bocconcini di Bufalo, Mozzarella di Bufalo and Buffalo Paneer. Both farms also provide milk for buffalo yogurt.

Jennifer notes that water buffalo milk has about 58 per cent more calcium than cow’s milk, 40 per cent more protein, 43 per cent less cholesterol (despite being higher in healthy fats). It’s described as a smoother, creamier milk than that of other animals.

“We’re going into our fourth year of a gelato from another really cool company in Courtenay called Hot Chocolates,” she says. “It’s more dense [than ice cream]. It’s 100 per cent water buffalo milk.”

She adds that those who have an allergy to cow’s milk can usually have water buffalo products.

“It’s kind of like goat, but without the goat taste,” she notes.

Some products, including water buffalo meat and other types of cheese like Colby and cream cheese, are sold in the farm-gate shop at Coleman Meadows Farm. Jennifer explains the meat is extremely lean and has similar health benefits to the milk.

“I’d say the business grows every year,” says Jennifer. “We have a lot of return business.”

But, having to send buffalos to slaughter is one of the hardest things around farming Jennifer deals with.

“That’s the part of it that always bothers me,” she says. “We love them [the buffalo] if they are boys or if they are girls, but there is a time span on the males for sure. How we deal with that is that we have probably the most ethically raised animal you can have.

Everyone in the family has benefitted from the water buffalo. The Dyson’s son, Edward, met his new wife as a result of the animals. As a student in agriculture, Melanie had driven up to purchase buffalo products and asked if she could meet the herd. Edward introduced her to the water buffalo and the rest, as they say, is history.

“It’s all because of the water buffalo,” Jennifer says. “It’s always a reward for us. You get very emotional when people are so infatuated with your farm and your animals.”

The next challenge for the Dysons is to keep growing the marketing side of the business to get the word out about buffalo milk products. It’s a growing industry— one that restaurants are already embracing. The general public is likely to fall in line and learn about the health benefits coming from water buffalo sooner rather than later. 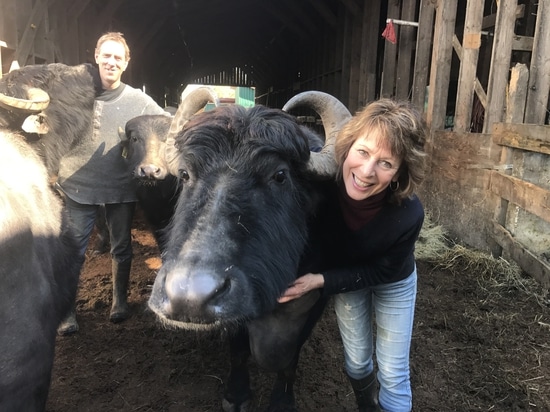 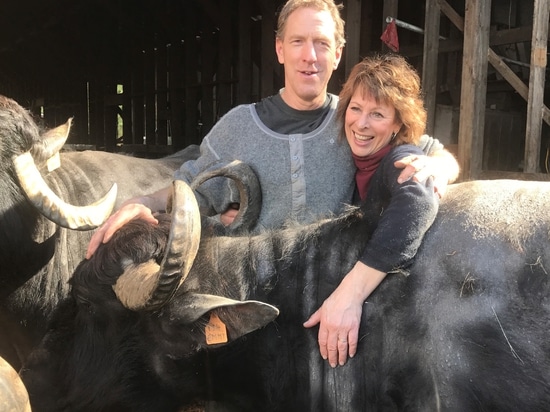 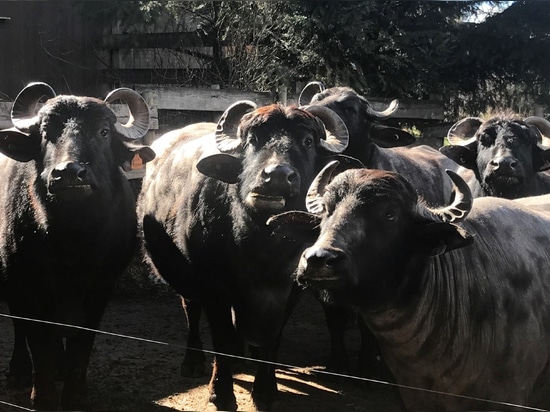 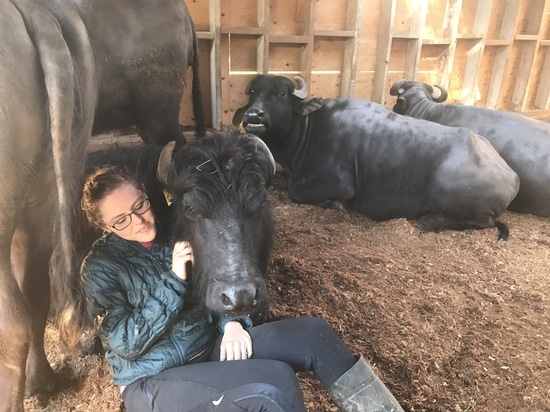