Video Monitoring Adds Another Layer of Security for Animal Welfare

New technology is an important tool in food safety, and now it’s being used to measure animal well-being. Tyson Foods says it will be using video surveillance to help improve efforts to monitor bird welfare. The company currently employs a team of animal well-being specialists across all its beef, pork, and poultry operations as part of its commitment to sustainable food production.

In August 2016, Tyson fired 10 workers after an animal rights group released a secretly recorded video showing workers swinging chickens around by their legs and wings. A year later, the company terminated a farmer’s contract after another group videoed workers breaking birds’ necks by standing on their heads. Rather than allowing similar instances to occur in the future, Tyson will be recording its operations itself, keeping an eye on the daily proceedings of its processing plants and contract farms.

In a similar vein this past year, Hormel Foods hired third party auditors to review its hog farms after animal rights videos showed overcrowded conditions and a worker slamming a pig to the floor. As video monitoring is implemented in the poultry industry, it could spread to other animal production systems to combat the ever-growing amount of footage being circulated by animal rights groups.

How the Process Will Work

Tyson has installed third-party remote video auditing (RVA) systems to monitor live bird handling in 33 of its poultry plants. These RVA systems have been equipped using Arrowsight, a company that provides RVA technology and data analytics services for monitoring manufacturing settings, including livestock production facilities. Trained auditors from Arrowsight analyze footage from Tyson’s chicken plants, providing feedback for improving management on a daily, weekly and monthly basis. Similar RVA systems will be used for evaluating the on-farm catching of birds prior to transporting them to processing facilities.

In addition to video monitoring, Tyson also intends to launch controlled atmosphere stunning methods in two of its poultry processing plants, and will be researching changes to chicken house lighting and enrichment that could further improve bird welfare.

Tyson is not the first to test out RVA auditing, as Cargill pioneered the program in its beef-harvest facilities back in 2008. But as more companies embrace new technology, production standards for farmers and ranchers could start to follow this trend as well. 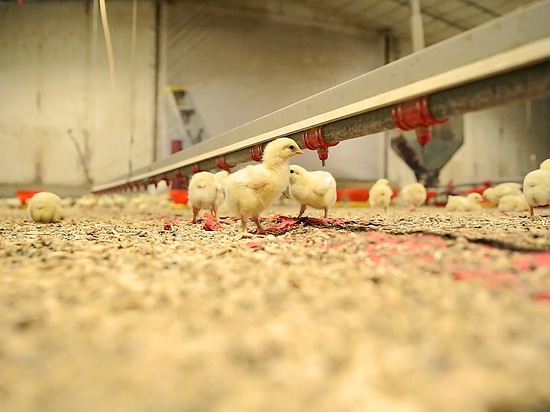