One step closer to kill-free hatcheries

A Dutch start-up, In-Ovo, has said it is close to developing a commercially viable solution to sexing chicks just 9 days into their incubation.

That’s the amount of one day old male chickens (cockerels) that are being discarded each year because they don’t have any significant value in the food chain. We think that’s a real shame and want to change this. In Ovo has been developing a solution to this problem since 2011. Our technology will make the killing of these animals obsolete. Now, together with a large consortium, we have got the opportunity to start making a real difference.

After being active in the Dutch poultry sector for a while, In Ovo gained support from key players in the industry for the development of a gender screening for chicken eggs. Both the Dutch Ministry of Economic Affairs and Leiden University decided to back the pragmatic approach of the founders of this Leidenn University spin-off company. A consortium of parties from the industry, the Dutch government, an NGO, the university and In Ovo signed a letter of intent in May 2014 to move the project to the next level.

Now, we have established proof-of-concept and have shown that it’s possible to gender type chicken eggs halfway during incubation. Our technique is much faster than anything that has been developed before. Large scale sorting of fertilized breeding eggs in a hatchery is now within reach.

Our project partners, Ministry of Economical Affairs and Leiden University, provided funding for the first two phases (started August 2014), during which In Ovo established proof-of-concept. Results of these phase will be published here soon. Now, we are developing the first real life prototype a sorting device, that can automatically screen and sort eggs on gender. We will launch a first commercial device in the beginning of 2018. 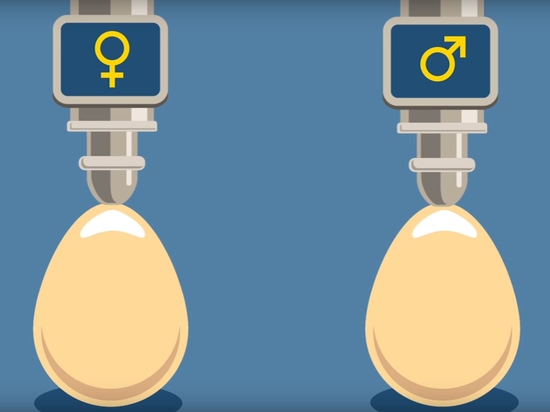