Smart Tags for smart cows on the fast track

HerdDogg is made up of two small devices and the HerdDogg.io cloud service.

Cutting edge technology in the agriculture industry is out of the board room, and in the pasture. In today's tech-savvy world, Bluetooth technologies now allow data to be gathered and stored, with the touch of the phone, because … there's an app for that. An up and coming agricultural technology company has created a two-part ear-tag system that collects animal data at a watering hole, and producers collect the data via their cellphone.

Dairy Farmers of America and Sprint recently announced that this company, HerdDogg, would be participating in the 2017 Accelerator program, that helps accelerate and grow startup businesses. The company, which moved to Longmont, Colo., in September, began developing agriculture technologies in 2013. "We've developed 'smart tags for smart cows,'" according to its founder and CEO, Melissa Brandao.

"Our goal is to create a technology that is rancher friendly," Brandao said.

The tags monitor each cow, recording body temperature, environmental data, location and ambient temperature, without ever running them through a chute, helping with herd management and offering precision livestock, similar to precision crop management. "For that reason, we are ranked No. 1 with the animals," Brandao joked.

The data collected allows producers and other users to make rapid data-driven decisions on their animals' health, and have the predictive information to maintain a healthy herd. Field tested by cows, the company's namesake product, HerdDogg, was first tested in eastern Oregon. A rancher, frustrated with the status quo RFID system jump started the project, Brandao said.

"Within weeks of developing our first HerdDogg tags, we had installed them on cattle. Prototypes can be difficult to make and are prone to breaking but cows don't care. Our tags have undergone the worst kind of treatment from the sweetest looking animals. We had some successes and a lot of failures — broken, bitten, stepped on, pooped on and just plain lost. We fixed them, tested and re-tested and the result is the product we have today. They say hardware is hard — our hardware has been hardened by happy cows," the company shares on its website.

"The next challenge," Brandao said, "was building a system that both generated and gathered data."

SIMILAR TO A FITBIT

HerdDogg does both, and is a low-cost, easy-to-use solution for both small and large producers. Similar to a Fitbit, HerdDogg has opened a new chapter for the more than 2 billion animals in the food supply chain. Once data is flowing from within the herds, the company believes it will be positioned to improve the efficiency of the entire animal food chain. The smart tags and readers will generate ID and biometrics from herd animals, without the limitations of current RFID technology.

HerdDogg's two-part system includes, the DoggTag, an ear tag attached to an animal, similar to traditional tags to monitor and collect the biometrics, and the DoggBone, a device that collects the data from multiple DoggTags at any time. The DoggBone can be stored at a water trough, carried in a pocket or even worn by a dog, and reads data within a 30-to-40-feet radius. Then the DoggBone data gets sent directly to the rancher via a mobile app and to the cloud at HerdDogg.io.

Cost efficiency is also a goal of the company.

"We have a self-starter kit, that is being used in both beef and dairy," Brandao said. "It is low cost, great for the smaller producers, because the system is cost effective, and it is more flexible."

HerdDogg Starter kits are available for $500, which include 25 DoggTags, 1 Doggbone, and 12 months of web access.

In February of this year, the company teamed up with All Drone Solutions to test HerdDogg's cattle monitoring technology to gather data via a drone for "free-range" cattle in the San Joaquin Valley. HerdDogg's DoggBone reader, attached to the drone, gathers data from a distance of approximately 30 feet, and allows for added mobility.

Bruce Negri, a rancher in Clovis, Calif., tested HerdDogg' smart tags, but posed a new challenge for the technology. Negri's cattle graze on a large pasture with no specific sites where the cattle congregate. Long-range cattle grazing has always been a challenge for precision livestock, requiring radio towers and expensive equipment to read at long distances. "By installing our DoggBone on the drone, we deploy the drone to the area where the cattle are, then hover and gather data and fly back to the ranch with minimal effort and maximum reward," says David Proctor, HerdDogg's chief technology officer.

Based out of Exeter, Calif., All Drones Solutions specializes in using drones for precision agriculture by providing same day vigor maps with algorithms designed specifically for California crops. "This is something new for us," said Mark Hull, CEO and founder of All Drone Solutions. "When HerdDogg called me to see if I would be willing to run the drones for cattle monitoring, I was intrigued. This could be a whole new market for drone use."

HerdDogg was publicly introduced in November, 2015, when the team was selected to be on Intel's new reality TV show, America's Greatest Makers, but officially launched its product in January, 2017.

The company has lofty goals, but is off to a great start. "Our ambition is to replace RFID," Brandao said.

To date, along with the reality television, they have worked with some of the most well-respected ranches and dairies, joined the TechStars Land O Lakes accelerator program in the summer 2016, won best of show and editor choice, Maker Faire in 2016, and became a research funds recipient at Oregon BEST in 2016. 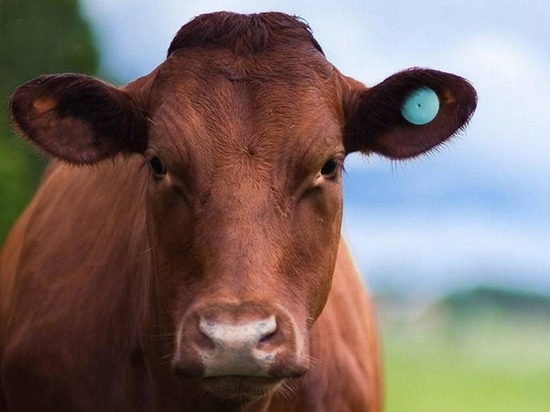