Zimbabwe is likely to be the country hardest hit by an outbreak of armyworms that is destroying crops and threatening food security in southern Africa, the United Nations food agency said on Thursday.

The invasive Central American fall armyworm is harder to detect and eradicate than its African counterpart and has a preference for maize, the staple crop in the region.

The armyworm outbreak follows a devastating El Nino-induced drought that scorched much of the region last year, reducing crop output and leaving millions in need of food aid.

The FAO convened a three-day emergency meeting in the Zimbabwean capital Harare to coordinate efforts between countries to fight the pest invasion.

"FAO has initiated the process of procuring pheromone insect lure traps which are used for capturing armyworm and monitoring their spread," it said in a statement.

Esaiah Tjele, the representative for the Southern African Development Community (SADC), said there had been a delay in identifying the pest due to a lack of money and scientific skills.

"Due to the complexity of the infestation and gaps in technical capacities, countries are still struggling to make assessments on the damage," said Tjelele.

South Africa and Malawi have also been affected by the pest. 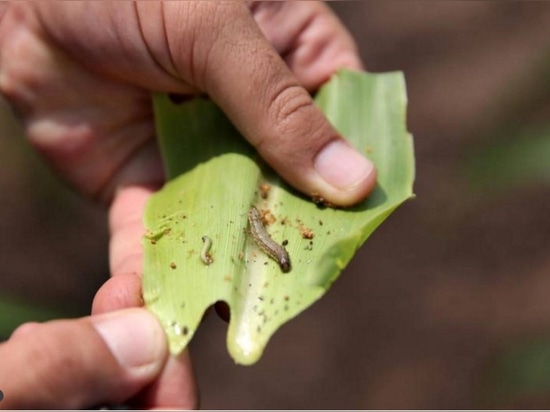