Sustainability in farming is a phrase that’s used a lot these days. In its simplest form, it’s about continual operation with minimal impact on the environment. At Scott Brothers’ Dairy Farms in Moreno Valley, Calif., sustainability has reached a never-before-achieved level, one that’s attracting attention from around the globe.

Manure plays a central role in the farm’s ‘Circle of Energy’ concept: the 1,100-strong herd eats high-quality feed produced from the farm’s 700 acres, harvested with machinery powered by a no-sulfur diesel fuel derived from the cows’ manure. If that wasn’t impressive enough, the system also produces irrigation water, potable water, fertilizer, high-value wax, sulfur and valuable nutrients, which, according to Steve McCorkle, enables these and future farmers to truly control their own destinies.

McCorkle is the CEO of Ag Waste Solutions (AWS) of Westlake Village, Calif., the designer and installer of the system at Scott Brothers. He got the idea of making diesel from manure during years travelling the globe working in the energy sector.

“It appeared to me that farmers all over the world seemed to share two very strong, common goals: a desire to be the best possible stewards of their land, and a desire to be as independent as possible,” he says.

At the same time, when McCorkle was working in remote deserts in the Middle East with no infrastructure for hundreds of miles, he and his colleagues had to convert waste gases into electricity and recycle wastewater.

“I realized that if we could economically convert wastes into diesel fuel, we could literally fuel our own petroleum exploration – and also achieve what farmers wanted, to be much more independent of the world outside their farms,” he says.

It seemed to him that there were two main factors that would make small-scale on-farm diesel production viable. One was modular and portable refining equipment, and, the second, a waste feedstock with a consistent chemical composition to make pre-conditioning less costly. With manure fitting the feedstock bill, McCorkle began in 2006 to work on the refining technology. By 2012, he was collaborating with the Scott brothers, who were looking hard at that point for solutions to deal with new groundwater and watershed salt load regulations – and an impending ban on applying manure to forage crops to boot. With some funding help from the California Energy Commission (CEC), the current pilot system was up and running at Scott Brothers by April 2015.

The system first removes almost all suspended solids and 40 percent of dissolved solids from the dairy’s liquid manure. Some of the extracted water is further purified to make it potable (and therefore satisfy manure application requirements specific to a regional state regulatory agency). The solids go into a pyrolysis gasifier and the resulting syngas is purified. Using the well-proven 90-year-old Fischer-Tropsch (FT) process, the hydrogen and carbon in the gas is converted to completely sulfur-free renewable diesel products. A refined wax (worth up to three times the price of diesel) can be processed further and/or blended with fuels such as kerosene – a significant additional farm revenue stream. AWS can also recover elemental sulfur and other nutrients from the process for either sale or re-use on farm.

Challenges along the way

As might be imagined, significant hurdles presented themselves during the years of AWS tech development, with conventional thinking and regulations topping the list.

“Operating permits are very difficult to obtain when the technology is new,” McCorkle explains. “Grants and incentives are generally available for new concepts and commercially-proven systems, but it’s not easy for ‘in-between’ tech concepts like what we’ve developed, using new enhancements to make the FT process economically viable on a small-scale, to gain financial support.”

When it was time to install at Scott Brothers, more permit and funding issues came up.

“We were not allowed to even move the AWS equipment to the farm until the ‘lead permit’ was secured (South Coast Air Quality Management District, SCAQMD),” McCorkle remembers. “Although AWS had obtained one of these permits at another farm site previously, and paid to expedite the Scott Brothers’ permit applications, it took a long time to obtain. We finally received help from the Governor’s Office of Business and Economic Development.”

The CEC grant required that the project obtain an exemption from CEQA (California Environmental Quality Act), and the only way to do that was to build a temporary structure to shelter the AWS equipment.

Taking the long view, AWS made sure its system exceeds the most stringent California regulations.

“Scott Brothers convinced us that if we could meet and exceed these requirements, we could then meet and exceed any standards across the globe,” says McCorkle. “An example of this would be the Zero Total Dissolved Solids (TDS) mandate and salt loading restrictions in the watershed. We are proving that we can meet these tough requirements through technology alone, as we have done at Scott Brothers, by removing all of the salts and TDS from the water and producing a potable water discharge. Once that has been recognized, we may be able to prove that we can add certain amounts of TDS into the soil in the form of biochar.”

McCorkle adds the AWS biochar combines the two key elements of healthy soil amendments, carbon and micronutrients, into one product, with the same content as raw manure but without the potential surface and groundwater issues. This is why he decided to concentrate the gasification efforts on producing a nutrient-rich biochar product, and capitalize on that before other manure gasifiers could get permitted in California to produce it.

Currently, the pilot system at Scott Brothers converts about 12 percent of the dairy’s gasified manure to diesel fuel per day, and about 88 percent into biochar and other products. To be a commercially viable, 24-7 operation and complete the ‘Circle of Energy,’ the liquid fuels production module will have to be upsized.

“We are now applying for a Phase II CEC grant to accomplish this,” says McCorkle. “We will then go to market with our new gasifier design, starting with biochar systems on farms to help farmers meet their permit requirements while selling and/or stockpiling biochar as a feedstock for future FT biofuel production at central plants. Biochar is an excellent feedstock for FT biofuel production that does not have a shelf life.”

In reflecting on the entire process, McCorkle has nothing but praise for Scott Brothers, which he describes as “an outstanding partner in overcoming the numerous challenges.” And while it was onerous, he believes the process of helping regulators understand the advantages of the AWS concept was very worthwhile because of the new standards and regulations that are being created.

“Although this approach can be very time consuming and costly,” he notes, “we believe that working directly with regulators and stakeholders is ultimately the best way to have the AWS solution become standard for creating future profit centres from manure.”

“Once the AWS ‘Circle of Energy’ concept is working well on individual livestock farms, the circle will grow to include other farms and organic biomass feedstocks in the community, thereby reducing the carbon footprint of the entire community,” he says. “This will raise the resulting carbon credits and funding opportunities for sustainable solutions that will improve the agricultural economy as well as the environment. Many such community opportunities exist world-wide, and the AWS solution can be scaled and tailored to meet the needs of any community.” 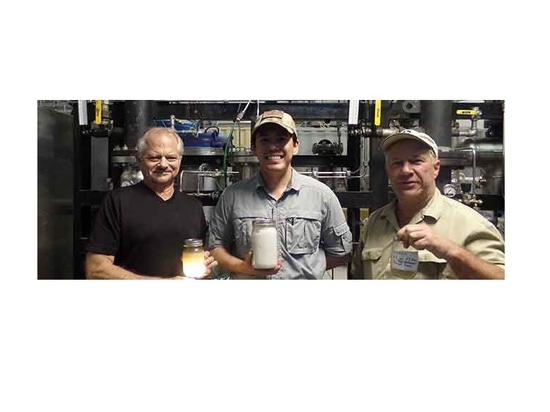 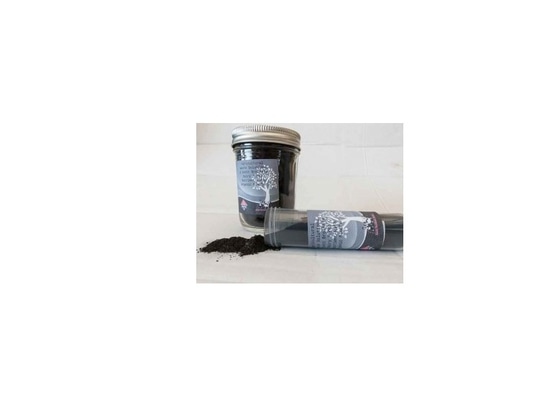