Keeping the focus on grain pulses

Consumer awareness of the nutritional and dietary benefits of pulses, the edible seeds of leguminous plants and notably including lentils, chickpeas, cowpeas and many dry beans, remains inadequate and more must be done to promote their role in food systems, FAO Deputy Director-General Maria Helena Semedo said today.

Progress has been made thanks to initiatives during 2016, the International Year of Pulses, but "it essential to keep the momentum alive," Semedo told participants in a Global Dialogue held at FAO headquarters.

Known for their relatively high protein content and their particular ability to take nitrogen and fix it in soils, pulses also a fertile building block for other crops as well.

"Pulses should not only be valued for their qualities, but also get the policy attention they deserve," she said.

The United Nations General Assembly declared 2016 the International Year of Pulses, and leading sponsorship roles were taken by Pakistan and Turkey. Lentil dahls are a hugely important staple across South Asia, while chickpeas have been found in Neolithic pottery excavated in southeast Anatolia.

"There is much still to do in research on pulses" to make them resilient to environmental stresses and help reduce rural poverty, said Nadeem Rivaz, the Permanent Representative to FAO for the Islamic Republic of Pakistan and co-chair of the IYP's steering committee.

Promotion of pulses can help foster inclusive economic growth, and greater attention to pulses is already opening export opportunities for countries such as Ethiopia and Myanmar, said Murat Salim Esenli, Permanent Representative-Designate of the Republic of Turkey to FAO and the other IYP co-chair.

The two-day Global Dialogue event allows for key stakeholders and experts from around the world to review the year's activities, which include the publication of academic papers, advocacy activities and initiative to establish lasting recommendations.

Promoting the production and consumption of pulses can contribute to key Sustainable Development Goals - especially those regarding nutrition, poverty, soil health and climate change - in what Semedo called a "virtuous socioeconomic cycle" that guarantees food and nutrition security for the whole community.

In Malawi, many farmers have been encouraged to intercrop maize and grain legumes, leading to increased food security and income. In Zambia, local women farmers are now producing nearly half of the pulses found in school meals.

Many pulse types are highly water efficient and suited for dry farming conditions. Growing pulses as a cover crop is a climate-smart technique that improves both farm productivity and resilience, Semedo said. It also improves soil health, reducing the need for synthetic fertilizers and thus leading to a reduction in greenhouse gas emissions, she added.

Dry beans account for around a third of global pulses production, with dry peas and chickpeas each contributing a further one-sixth of worldwide output. Other important pulses are broad beans, lentils, cowpeas and pigeon pea.

"Pulses offer a lot of opportunities to food diversification, and I call upon the chefs worldwide to explore the rich world of pulses and use their creativity to invent new recipes", said Maggy Habib, FAO's IYP Special Ambassador for the Near East. Around 62 million tonnes of pulses are grown each year, with India by far the largest producer although also a net importer. The value of internationally-traded pulses is around $7 billion, with China, Brazil, Canada, Myanmar and Australia all major contributors. 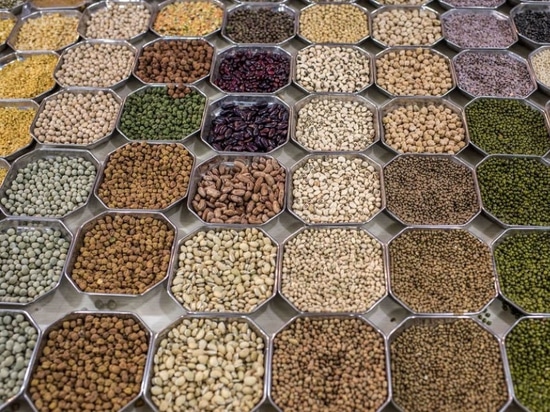 Because they are easy to grow and hold many benefits to health and the environment, pulses can create a virtuous socioeconomic cycle, speakers stressed on Monday.