Get More Nitrogen into the Plant

Nitrogen (N) is very important to plant growth and development by providing the building blocks for plant cell structure, carbohydrate production and protein synthesis. The N cycle is complex and very leaky as N compound transformations are influenced by microbial activity, cropland management and the environment.

Increasing N efficiency means getting more of the N into the plant in the form used by the plants when requirements are the highest. The chemical forms of N determine potential losses from the soil. Nitrate-N (NO3) has a negative charge and cannot be held by the soil cation-exchange capacity (CEC) and, therefore, is vulnerable to leaching with downward moving water.

Ammonia-N (NH3) is a gas and can, therefore, be lost to the atmosphere by volatilization. Only ammonium-N (NH4) is positively charged and can be held by the soil CEC; however, nitrification through microbial activity prevents N from being in this form for extended periods. There are several N fertilizer additives to keep N in chemical forms that are not vulnerable to loss and which can result in greater N use efficiency.

Compounds that limit N losses from volatilization are applied to urea-based N fertilizers that inhibit the active sites on the urease enzyme, which then slows conversions of urea to NH3 gas. Urease enzyme inhibition would be recommended when urea fertilizers are to remain on the soil surface waiting for precipitation to dissolve and move them into the soil.

A very common and well-known urease inhibitor is NBPT (N-(n-butyl) thiophosphoric acid triamide), which is currently marketed as several trade-name products. Ammonium thio-sulfate fertilizer is also known to reduce urease activity but not at a consistent level as NBPT.

Nitrification inhibitors keep N as NH4 by slowing nitrosomonas bacterial activity in the soil, which is part of the conversion of NH4 to NO3. The two well-known active ingredients are nitrapyrin and dicyandiamide. Use of these compounds would be recommended when N fertilizers are applied well in advance of heavy crop use, therefore keeping N as NH4 that is held to the soil CEC and protected from leaching.

Cooler soil temperatures decrease nitrosomonas activity, resulting in less NH4 to NO3 conversions. Therefore, nitrification inhibitors have typically been applied in the fall with anhydrous ammonia to keep N as NH4 until soil temperatures cool below 50°F. However, due to higher N fertilizer prices and environmental awareness, growers are considering protecting N with spring applications of nitrification inhibitors as well. 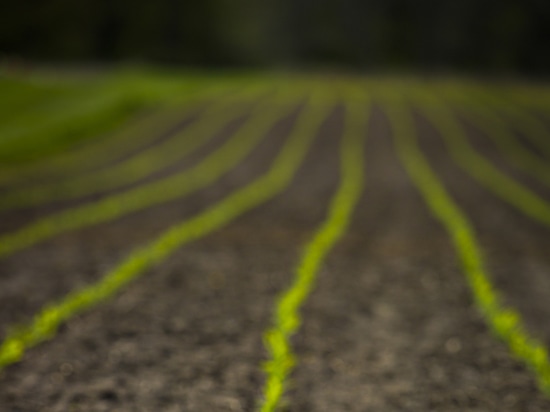 Increasing N efficiency means getting more of the N into the plant in the form used by the plants when requirements are the highest.