The 2016 cropping season was a good one for corn in Illinois, according to University of Illinois crop scientist Emerson Nafziger.

“Planting was on time into good soil conditions, and crop development proceeded with little stress, though June was warm and dry in most areas. The current prediction is for statewide corn yield to be 202 bushels per acre, edging out the previous record of 200 bushels set in 2014,” Nafziger says.

Soil temperature and moisture conditions in May and June were favorable for mineralization, or the release of nitrogen from soil organic matter. This increased the amount of plant-available nitrogen in the soil during vegetative growth in 2016.

With a good nitrogen supply and plenty of sunshine, corn plants in most fields were dark green and growing rapidly by late May and early June. Even strips in trials that received little or no nitrogen fertilizer stayed green into the middle of June, much later than normal.

The benefits of this good supply of nitrogen carried through the season, and meant that the crop needed less fertilizer nitrogen than normal.

“Across 26 on-farm nitrogen rate trials, yields averaged 225 bushels per acre at an average nitrogen rate of only 150 pounds of nitrogen per acre. That is more yield with less nitrogen than we saw in 2015, when June was wet,” Nafziger notes.

Not only did relatively low nitrogen rates produce high yields in 2016, but timing and form of nitrogen made less difference in yield than usual. Ammonium is stable in the soil, while nitrate can move with water through the soil. If most of the nitrogen is nitrate and heavy rain falls, nitrogen loss can be substantial. That didn’t happen in 2016, mostly because of dry June conditions.

Nafziger and his colleagues also studied nitrogen application timing in 2016, and found that timing made almost no difference in how corn responded to nitrogen rate. In particular, late-split nitrogen, in which application is split between planting and tasseling time, produced no more yield than when all of the nitrogen was applied at planting. With no additional yield to cover the cost of the late application, late application reduced net income.

“We saw nitrogen at its best in 2016,” Nafziger says. “It was present when the crop needed it, and the supply of nitrogen from soil organic matter, along with little loss, meant that the crop needed less fertilizer than usual, even though uptake and yield were high. We can’t depend on this to happen every year, of course, but the common idea that ‘high yields require high fertilizer nitrogen rates’ clearly did not hold true in 2016. This should increase our confidence, especially in years with dry springs, that nitrogen applied at normal rates will meet the needs of the crop without our needing to pour on more nitrogen to reach high yields.” 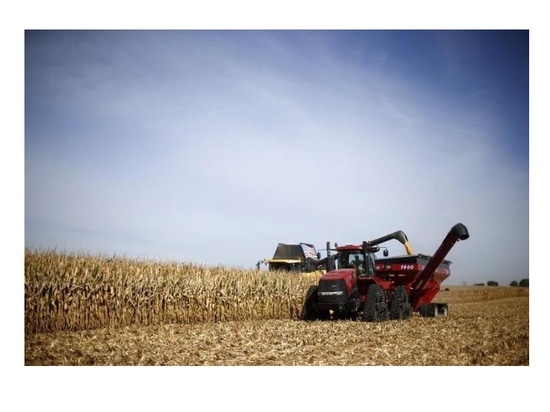